The annual Finance Bill, which (among other things) reimposes income tax for the current tax year and enacts certain measures announced at the Budget, is to become an Act before Parliament is dissolved on 3 May in readiness for the General Election. But the enacted version will be considerably shorter than that originally published. 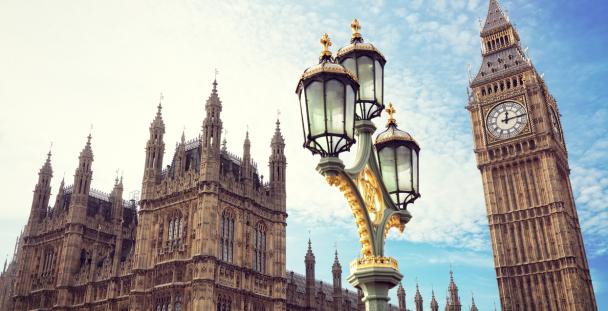 On Tuesday afternoon 25 April Parliament debated and passed a selection of clauses from the Finance (No 2) Bill that in its original published form numbered 762 pages. But because of the forthcoming General Election, and after discussion with the Opposition, the Government decided to drop the majority of the Bill. The resulting document, which will receive Royal Assent and thereby become Finance Act 2017 before Parliament rises on 27 April, is a mere 148 pages; but we expect all or most of the clauses that have been dropped to be reintroduced in a fresh Finance Bill early in the next Parliament.

The clauses that have been retained include the income tax charge and rates for 2017/18, the rate of corporation tax for 2018/19, various provisions about the taxation of employee remuneration and pensions income, certain VAT and excise duty provisions, the introduction of the soft drinks industry levy, and a measure penalising promoters of certain tax avoidance schemes. The controversial clauses requiring unincorporated businesses to keep digital records and report digitally to HMRC every quarter were dropped, but will in all likelihood be reintroduced and take effect when originally planned – from 6 April 2018 for businesses with turnovers over the VAT threshold, and from the following tax year for those businesses with turnovers under that threshold.

LITRG has prepared a number of briefings to MPs, only some of which are relevant to the clauses now being enacted – these include briefings on the charge and rates of income tax, the abolition of the 10% tax relief on overseas pensions and VAT zero-rating of motor vehicles for disabled people. We shall re-submit the briefings that cover the remaining clauses of the original Bill if and when those clauses are re-introduced after the Election.

The Chartered Institute of Taxation, whose President wrote to the Chancellor of the Exchequer urging the Government not to rush through difficult provisions of the Bill without careful scrutiny by Parliament, have listed all the clauses of the original Bill, indicating both those that have now been passed and those that have been dropped.

Normally the annual Finance Bill is introduced shortly after the Budget and after publication is given a ‘Second Reading’, which is a debate on the general principles of the Bill. This is followed by Committee of the Whole House, a debate lasting one or two days during which particular clauses normally selected by the Opposition – and amendments and new clauses relating to them – are debated and voted upon.

Thereafter a specialist Standing Committee is formed and continues to debate the remaining clauses of the Bill, line by line, during up to four sessions a week over a couple of months. As at Committee of the Whole House both Government and Opposition sides, and other members of the Committee, can move amendments for debate and can also introduce new clauses. These amendments and new clauses are generally debated and may be pressed to a vote, withdrawn by their promoter or voted through without debate. Amendments and new clauses proposed by the Government will generally end up as part of the Bill. Those opposed by the Government will generally not.

Finally at ‘Report Stage’ the work that the Committee has done on the Bill is ‘reported’ to the whole House of Commons and after a debate of (usually) two days – with further opportunity for amendments and new clauses – the Bill in its final form is passed by MPs. It then goes to the House of Lords, but their Lordships are not empowered to amend it or vote it down: the reasons for this go back to the chancellorship of Lloyd George who responded to the Lords’ attempt to block one of his Budgets by causing the Parliament Act 1911 to restrict the Lords’ powers in respect of ‘money bills’. Once the Lords have had their brief debate and passed it, the Finance Bill becomes the Finance Act when Her Majesty signs it, or gives it the ‘Royal Assent’.

That is the normal procedure, but whether or not it is followed strictly depends on what is happening in the wider political environment. In an election year, it is common to pass a truncated bill before the election (as is happening now) and introduce the rest of the measures in a further bill afterwards – if the governing party is returned to office after the election, they will generally reintroduce the clauses they dropped beforehand. But a general election is not the only type of event that can restrict legislative scrutiny – in 2016, the referendum on membership of the EU resulted in a lengthy finance bill being  delayed by some months, only getting its Royal Assent in mid-September.

In general, the increasing length and complexity of finance bills, and the diminution in time made available in recent years for proper scrutiny and debate, has been a matter of concern to tax and other professionals. A report Better Budgets: Making Tax Policy Better by the Institute for Government, the Chartered Institute of Taxation and the Institute for Fiscal Studies sets out a series of recommendations aimed at creating better tax policy and making better Budgets – “Budget process that contains fewer measures, which are better thought out – and can be implemented efficiently by HMRC without imposing unreasonable burdens on taxpayers.”

We trust that the General Election will provide an impetus for those who are elected, or re-elected, to safeguard the interests and economic welfare of taxpayers to start putting some of those recommendations into practice. Already at the last Budget the Chancellor announced his future intention of holding a single fiscal event (Budget) in the autumn, leading to a Finance Bill being introduced in December and passed in the spring. The act of calling an election in March or April, as is the usual procedure, should therefore affect the passage of future Finance Bills little if at all.