Press Release: Campaigners back MPs’ urgent pleas for a change to universal credit

The LITRG has welcomed the recommendations in a report on self-employment and the gig economy by the House of Commons Work and Pensions Committee that calls for an urgent review of the universal credit Minimum Income Floor (MIF). 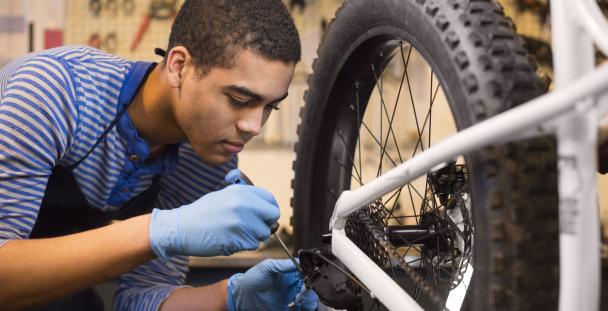 In earlier written and oral evidence to the Committee’s inquiry, LITRG raised serious concerns about the current structure of universal credit for the self-employed and particularly the harsh effect of the MIF. Such a broad-brush approach with MIF is not the right way to address the perceived problem of so called ‘hobby traders’ claiming state support for long periods of time, according to LITRG. The tax campaign group said that if major changes were not made to the existing universal credit rules for the self-employed there is a very serious risk that those who are already self-employed will be forced to give up their businesses in order to access adequate state support, and that people will be deterred from starting self-employment.

The cross-party Committee has agreed that the current MIF does not get the balance right between supporting entrepreneurship without subsidising unprofitable self-employment. The Committee recommends that the incoming government should commission an independent review of the MIF with a view to improving its sensitivity to self-employment. The Committee also concluded that the MIF should not apply to self-employed universal credit claimants until this review is carried out, a recommendation that LITRG strongly supports.

“The current rules in universal credit, especially the MIF, take a very broad-brush approach in an attempt to deal with the tiny minority of people who may not be genuinely carrying on self-employment. At the same time as dealing with such people, the rules penalise those who have fluctuating incomes and those who have big business expenses that fall in one month rather than spread over the year – both of which are very common in self-employment. Any review of the MIF must ensure it addresses these problems.

“Other elements of the system such as monthly assessment periods, the way income is defined and calculated and the burdensome reporting requirements in universal credit totally fails to recognise the realities of self-employed business and must be revised if self-employment is to remain a viable option for low income self-employed claimants.

LITRG will shortly publish its own report suggesting changes that the DWP should consider making to the current system to address some of these issues and look forward to feeding that into any future review.

“While we are fully supportive of any attempts to help the low-income self-employed grow their businesses and support those who are out of work who may be considering self-employment as a route into work, our evidence to the Committee expressed concerns about the capacity and skills of Jobcentre Plus work coaches to deliver this support. We welcome the Committee’s conclusion that the specialist knowledge needed to support self-employed claimants is beyond the remit of work coach training and its recommendation that responsibility for gateway interviews be passed to New Enterprise Advisers who have more specialist skills.”

Universal credit includes a MIF if you are gainfully self-employed, you are in the all-work requirements group and your business has been running for more than 12 months. The MIF is an assumed level of earnings. This is based on what DWP would expect an employed person to receive in similar circumstances. It is calculated using the National Minimum Wage for their age group, multiplied by the number of hours they are expected to look for and be available for work. It also includes a notional deduction for tax and National Insurance. If the claimant’s self-employed earnings are below the MIF, DWP will use the MIF to work out their universal credit award instead of their actual earnings.

LITRG’s submission can be read here. The Committee’s recent report can be read on the Parliament website.