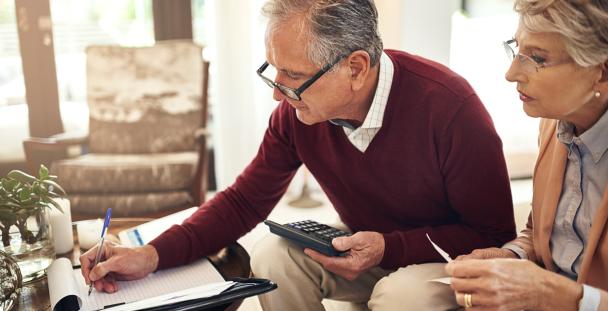 What is the new State Pension?

The new State Pension was designed to be simpler and more easily understood by replacing both the Basic State Pension and the State Second Pension, and their predecessor schemes, with a single benefit. It has been necessary, however, to have transitional arrangements to ensure that entitlements from these earlier schemes are still taken into account.

The new state pension continues to be based upon National Insurance contributions.

Much of the publicity published at the time the new State Pension was introduced quoted a single figure for the amount of the pension, which may have led some people to believe that they would receive this amount. This may not be the case as some people may receive more and others could receive less than the full amount. In the early years of the new State Pension your National Insurance record from the old scheme will be taken into account.

For those people who were already in the workforce at April 2016, transitional arrangements were put in place which means that everyone will be assessed for their starting amount under the new system. Using the qualifying years on your National Insurance record as at 5 April 2016, your “starting amount” will be the higher of either:

Both amounts will reflect any periods when you have been contracted out of the Additional State Pension.

The rules around contracting out and new state pension are complicated. Detailed guidance on how the transitional arrangements apply and examples can be found on GOV.UK.

If you have a “starting amount” of less than the full amount of new state pension then for each “qualifying year” you add to your National Insurance record after 5 April 2016 a certain amount (about £4.56 a week, this is £159.55 divided by 35) will be added to your ‘starting amount’, until you reach the full amount of the new State Pension or you reach State Pension age, whichever happens first.

What was contracting out?

Under the old system, the state pension was made up of two parts:

If you were in what is known as a defined benefit company pension scheme – where what you are paid in retirement is related to your salary – you are likely to have been 'contracted out' of the additional state pension. This means that you would have paid a lower rate of National Insurance contributions and will have earned replacement pension benefits in an employer scheme or a personal pension.

Those affected will include public sector employees – civil servants, NHS employees, police officers, teachers and members of the armed forces.

Despite having what you thought were 35 years of National Insurance contributions you will not necessarily get the new state pension amount of £159.55 – although as noted above you can improve your entitlement by paying contributions after 5 April 2016. The Government has advised that while you'll get less than the full £159.55, retirees will still be paid at least what they would have got under the old state pension.

The introduction of the new state pension from 6 April 2016 brought an end to the contracting-out rules.

Checking if you were contracted-out

If you have or previously had a married woman’s reduced rate election and were contracted-out your payslip would show the letter “E”. Letter “B” would mean you were not contracted-out.

There are a number of ways to check your state pension entitlement – online, by phone or post. You can find out how much state pension you could get, when you can get it and how you can increase it on GOV.UK.

There are different ways to check your National Insurance record – via your Personal Tax account, online or by phone. Full details can be found on GOV.UK.

More information is available on gov.uk using the following links: