HM Revenue and Customs (HMRC) recently published their latest error and fraud statistics for tax credits covering the 2015-16 tax year. Despite the marked increase in compliance activity by HMRC in recent years, the figures show an overall increase in claimant error and fraud from 4.8% (1.37 billion) in 2014/15 to 5.5% (1.57 billion) in 2015/16 – with the increase coming from a rise in claimant error. As the end of tax credits loom, the figures suggest that HMRC are still struggling to deal with errors arising in the system. 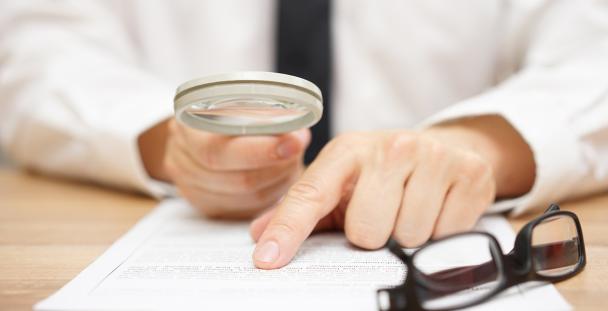 Each year HMRC publish statistics showing their estimate of the level of error and fraud favouring claimants and error favouring HMRC in the tax credits system. The figures are published some 14 months after the end of the tax year and so don’t give any indication as to the current situation.

For many years, LITRG has been critical of the methods used to produce these figures. Whilst the sample size has clearly been accepted as statistically valid, we still have some doubts about the ability of compliance officers to classify cases correctly as either constituting error or fraud, and indeed within the category of error whether the error is caused by the claimant or by HMRC (official error), without undertaking far more detailed investigative work and questioning of the claimant than a normal compliance check would entail.

This is an even greater concern given that the latest statistics, for the first time, state that nearly a quarter of the cases in the sample were classified as involving claimant error or fraud even though HMRC had no response from the claimants as part of the investigation – meaning the decision and classification in each case was done solely on the basis of the limited information held by HMRC. The statistics, whilst acknowledging the category of official error, do not seem to make any reliable estimate of the actual amount of official error in the system.

In addition, we understand that the statistics are compiled from information provided by compliance officers running checks on the validity of claims, and do not appear to take into account the possibility of HMRC’s view of a claim being appealed. If compliance checks result in claimants having their awards reduced or withdrawn and facing demands for repayment of overpaid tax credits, an appeal may be lodged which may in time uphold the claimant’s position against that of HMRC. For example, in the summer of 2016 it emerged that HMRC’s partner Concentrix had reduced or stopped a number of awards on the grounds that single claimants were alleged to be living with an undisclosed adult and should have been making a joint claim. On appeal, over 90% of those decisions were reversed and HMRC were forced to review their procedures in ‘living together’ cases. Clearly, unless these statistics take into account the effect of successful appeals on HMRC’s initial assessments of fraud or error favouring the claimant, they will be flawed to at least that extent.

According to these latest statistics, the 5.5% figure is split between 4.2% as error made by claimants (in their favour) and 1.3% as fraud committed by claimants. In the previous year, error was much lower at 3.1% and fraud higher at 1.7% suggesting that there was quite a significant rise in claimant error between the two years.

The statistics themselves do not offer any thoughts on why this rise might have happened although, as noted above, with 25% of cases being analysed without any taxpayer input, the statistics should not be regarded as truly reliable as an indicator of whether there has been a rise or, indeed, any change.

However, the tax credits system is notoriously complex and in our experience claimants struggle with many aspects of the system that HMRC have identified as contributing to their estimates of error and fraud. For example, calculating childcare costs is difficult even for those who are tax credit experts; it is therefore no surprise that there has been a rise in the number of cases of error in relation to childcare.

It is clear that HMRC still do not fully understand the causes of error and fraud in the tax credits system. Error and fraud are two very distinct issues and are completely different in cause, impact and potential remedy. We still believe that the figures materially underestimate official error in the system and no attention seems to be paid to ‘contributory error’ where the error is primarily a claimant error but to which HMRC have contributed in some indirect way. Contributory error is even more likely to play a role since the transfer of the HMRC website to GOV.UK because a lot of tax credits information has been removed.

Tax credits are slowly being replaced by Universal Credit, but over the next few years there is still time for HMRC to do more to reduce the levels of error and fraud in the system and to ensure that it is not imported into the Universal Credit system. This needs to start with better analysis of cases – for example, conversations with claimants who form part of the sample that is used to establish these figures to find out why they made a particular error and what, if anything, could HMRC have done to prevent that. Far more can be done to provide better support to claimants to get things right first time in order to stop errors entering the system in the first place, and talking to claimants who have made mistakes would be a good first step to understanding where additional support might be helpful.