Taxpayers who were planning to use a personal credit card to pay their 2016/17 tax bill (due by 31 January 2018) will need to pay HMRC early or put alternative payment arrangements in place, warns the Low Incomes Tax Reform Group (LITRG). 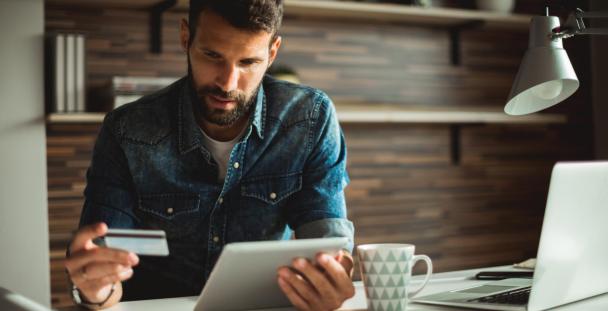 At the moment, taxpayers are charged a fee by HMRC for paying by credit card.1 From 13 January 2018, the EU Payment Services Directive 2 prohibits merchants (including HMRC) from recharging associated fees back to customers. At the same time, HMRC is unable to absorb the cost of credit card fees as this would mean a cost to the public purse. The result is that HMRC will stop accepting credit card payment altogether.

Corporate, business and commercial credit cards are not affected by this change and personal customers will continue to have alternative payment options including direct debit, Faster Payment, BACs, debit card and CHAPs.2 Note that from 15 December 2017 the option to pay by cash or cheque at the post office has also been withdrawn.

“This change is likely to have an adverse effect on people on low incomes who rely heavily on their credit cards. The timing of the cessation of credit card payments will be particularly inconvenient with the 2016/17 tax payment deadline looming.

“An option for such taxpayers is to beat the change by filing their tax return and making payment by 12 January 2018.

“If this is not possible and if taxpayers will have difficulty making payment as a consequence of the change, then they may be able to arrange ‘time to pay’ with HMRC, particularly if they apply before the payment deadline. Under this policy, taxpayers may be given the opportunity of paying their tax by instalments (paid by direct debit) rather than recovery proceedings being instituted for the full amount. Interest will still be charged on the late payments, but no penalties will be imposed.”3

The late payment interest rate will be three per cent, per annum, from 21 November 2017 and, if there is no time-to-pay agreement in place, penalties are chargeable at a fixed rate based on the amount of tax income unpaid as follows:

One problem with paying tax by credit card is that HMRC automatically make any ensuing repayment within the following nine months to the same credit card account, even if the taxpayer has given instructions for HMRC to pay their refund to a different account. The effect of that policy can be disadvantageous for taxpayers in financial difficulties.

“Taxpayers should be aware that there will be a nine-month period from 13 January 2018, where repayments may still be made to credit cards rather than to bank accounts mandated by taxpayers. In addition, in line with Banking Industry standards this repayment issue will continue to affect people who make payments with debit cards.”

1. More details of the fees are available on the ICAEW website.

2. Details of ways to pay SA can be found on GOV.UK.

3. More information on time to pay can be found on our website.