UK taxpayers must declare historic foreign income and gains to HM Revenue & Customs (HMRC), where there might be outstanding UK tax to pay, before 30 September 2018 – this is known as the Requirement to Correct. From 1 October 2018, new, significantly higher penalties will apply to UK taxpayers who have failed to pay all the UK tax due on their foreign income and gains. 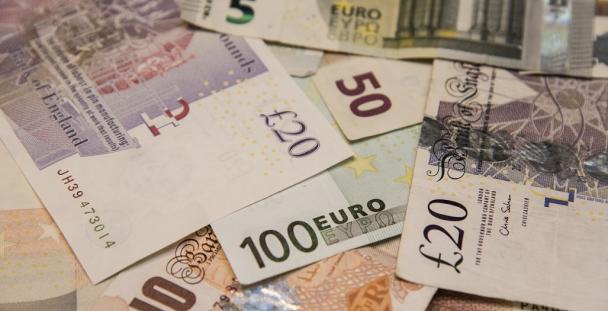 Our previous article set out in more detail who is affected, what action to take and how and why UK taxpayers should act.

If you have not always declared and paid UK tax on all of your foreign income and gains to HMRC when you should have done, then HMRC are giving you one last chance to bring your tax affairs up to date before 30 September 2018 – this is known as the Requirement to Correct. You could come within the scope of the Requirement to Correct rules even if you genuinely believed that you were not obliged to declare your foreign income or gains, or if the amounts involved are small.

Who does the Requirement to Correct affect?

The Requirement to Correct generally only applies to undeclared liabilities arising before 6 April 2017 in respect of UK tax on foreign income and gains. It also applies if you have underpaid tax on income which is received or transferred abroad before 6 April 2017.

You are likely to be affected by the Requirement to Correct if:

You may also be affected even if you do not live in the UK but you pay UK tax.

For examples, see our April article.

The Requirement to Correct rules also include Inheritance Tax.

You will not be affected however, if you do not have any UK tax to pay on any foreign income and gains that you have. This can sometimes be the case as there are some special rules and exemptions that can apply – see our news article from December 2017 for more information.

If you have underpaid tax on your foreign income and gains because you submitted an inaccurate tax return, the Requirement to Correct applies going back to at least 2013/14, or to 2011/12 where your behaviour was careless. If you have deliberately avoided tax by submitting an inaccurate return, or if you have failed to notify HMRC of your chargeability to tax altogether, HMRC may be able to go back 20 years (their full list of time limits can be found in HMRC’s Compliance Handbook).

If you think that you have not told HMRC about UK tax due on foreign income or gains, or that you have transferred UK income abroad without paying the UK tax on it, you should tell HMRC before 30 September 2018. You can do this by making a formal ‘disclosure’.

The main route to let HMRC know about previously undeclared tax on foreign income or gains is the Worldwide Disclosure Facility through the Digital Disclosure Service.

If you are confident that your tax affairs are in order, then you probably do not need to worry. If you are unsure, you should seek advice from a professional tax advisor or agent. If you are on a low income, you may be eligible to seek assistance from one of the tax charities – TaxAid or Tax Help for Older People.

There is more information about making a correction in HMRC’s guidance on the GOV.UK website.

This is the final opportunity to make a disclosure before harsher penalties arise.

In addition to the penalties, you would also have to pay any outstanding tax and interest.

You must declare your foreign income and gains on which UK tax is due to HMRC.

HMRC are beginning to receive an unprecedented amount of information about foreign income and assets under the Common Reporting Standard (CRS) exchange of information. By 30 September 2018, more than 100 jurisdictions will be exchanging data with the UK under the CRS. The CRS data will provide HMRC with information on UK taxpayers’ bank accounts, investments and trusts held around the world. HMRC will use this information to look for people who have not declared their foreign income and gains in the UK, open tax enquiries, issue tougher penalties, and take forward criminal prosecutions against those who avoid paying the tax they owe.