Do you have an old tax credit debt?

How some tax credit debts are collected is changing. This could affect you if you have an ‘old’ outstanding tax credit overpayment. This article explains what is happening and stresses that you should not ignore any letters you receive from HMRC, DWP (or in Northern Ireland, the NI DfC) relating to tax credit debts. 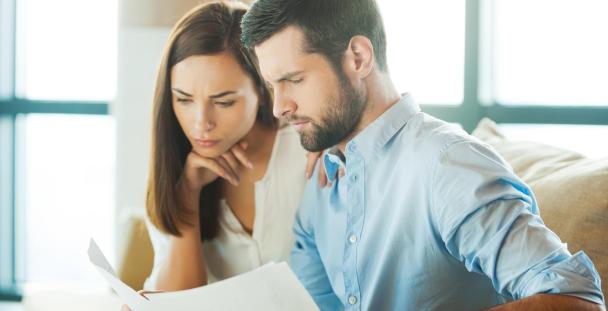 In February 2017, the then Secretary of State for the Department of Work and Pensions (DWP),  announced that a segment of tax credits debt was to be transferred from HMRC to DWP or, where applicable, the Northern Ireland Department for Communities (NI DfC). The debt – made up of outstanding tax credit overpayments – would then be collected by DWP or NI DfC, as appropriate.

Why is this change happening?

Transferring the outstanding tax credit debts to DWP or NI DfC for them to recover the money instead of HMRC allows them to use this option. It is, of course, also in line with longer-term changes as HMRC very gradually reduce their tax credit operations as more and more people move over to universal credit (UC).

Who will the change affect?

This change may affect you if all of the following apply:

HMRC expect to transfer around 600,000 outstanding tax credit debts to DWP or NI DfC under this project. You do not need to be in receipt of any DWP benefits for this to apply, so this might be your first or only contact with the DWP (or NI DfC).

Tax credit overpayments are very common, many are built into the design of the system. You should have been notified that you had an overpayment on your final tax credit award for the relevant tax year. However, in our experience, many people struggle to understand the award notices and often such debts would be recovered gradually from ongoing payments and may have gone unnoticed.

It can often come as a shock when someone leaves tax credits to find that they have a large overpayment debt. However, even if you did not receive the final award notice or did not understand it, HMRC should have written to you when your tax credits ended to ask you to repay the debt directly – this is called a notice to pay. In some cases, it may be a number of years since you received any contact from HMRC about these debts.

How will I know if the change affects me?

Under the debt transfer arrangements, HMRC will write to you if your debt is to be transferred (letter TC 1131 non-UC) to DWP (or NI DfC). The letter will state the amount of the outstanding debt and explain what will happen next.

Following the issue of the letter from HMRC, DWP or NI DfC will contact you about your debt and give you at least 21 days to contact DWP (or NI DfC) to discuss repayment arrangements. After the 21-day period, DWP (or NI DfC) may decide to pursue recovery via a direct earnings attachment. If they do, they will write to you and your employer about starting the DEA.

What is a direct earnings attachment?

The payments are taken from earnings after tax and NI has been deducted. Employers can also add a £1 administration charge to each payment that is taken. There are strict limits about the level of payments that can be directly taken out of earnings, although these are based on a percentage rate, not a fixed amount and there is a sliding rate which is related to the level of gross pay. In all cases, a minimum of 60% of net earnings must be left for the individual.

Some detailed information about direct earnings attachments is available on GOV.UK.

Are there any other ways to pay the debt off?

DWP (or NI DfC) should contact you to agree and set up the most suitable arrangements to repay the debt. This might be by:

To make sure you get the arrangement in place that is best suited to you, make sure you respond promptly to the initial approach from DWP or NI DfC.

What if I can’t afford to repay?

If you can’t afford to repay the debt, you will need to discuss this with DWP or NI DfC when they contact you. You may need to tell them your household income and expenses. It might be that another method of recovery is appropriate, or that arrangements are made so that the DEA commences after other deductions cease.

What if I don’t think I owe the money?

The debt may be from some time ago. This means the strict time limits associated with disputes and appeals will most likely have passed by the time the debt is transferred to DWP (or NI DfC), leaving no formal route to challenge it other than by making a complaint.

In some cases, a late appeal or an official error challenge may be possible. You should consult a specialist welfare rights adviser if this is the case.

What if the debt is a joint debt?

If the overpayment arose on a joint award and you are no longer part of a couple with that person, HMRC will apportion the outstanding amount to be recovered. This is generally done on a 50/50 basis. If you disagree with the amount apportioned, you should contact HMRC upon receipt of the TC1131 to discuss the overpayment amount.

If you are still part of the same couple, you will both be eligible for transfer to DWP or NI DFC. You should be sent individual communications to advise that the debt has been transferred and will now be considered on an individual basis. The debt will be apportioned on a 50/50 split. Again, HMRC should be contacted if you disagree with the apportionment of the debt on a 50/50 basis.

If you think the overpayment doesn’t relate to you or the amount you are being asked to repay is incorrect, you will need to speak to HMRC.

If you have a question about the amount DWP (or NI DFC) have recovered from you, future recoveries or the current balance outstanding then you should contact DWP (or NI DfC).

If you contact the wrong Department, DWP, NI DFC and HMRC staff should be able to re-direct you to the correct point of contact.

I haven’t heard from HMRC for several years – can they still make me repay the debt?

In England and Wales, the Limitation Act 1980 provides that recovery action for debts should commence within six years from the debt becoming payable. Tax debts are not covered by this law, but tax credit overpayment debts are in theory. In most cases, this prevents HMRC from taking County Court action but generally doesn’t stop recovery from ongoing benefit awards.

The law on whether this six-year rule applies is complex and so if you think it might apply you should seek legal and/or debt advice from a specialist.

The most important thing is that you don’t ignore any letter received from HMRC, DWP or NI DfC and that you take steps to get advice or contact the relevant government department that has contacted you.