Claiming a state pension lump sum? Check your tax before you act

For those who reached state pension age before 6 April 2016, it is possible to get a state pension lump sum if you have deferred claiming it. If you’re going to claim such a lump sum, check carefully how your tax ‘allowances’ may affect how much tax you may have to pay on it. We have seen people making costly mistakes. 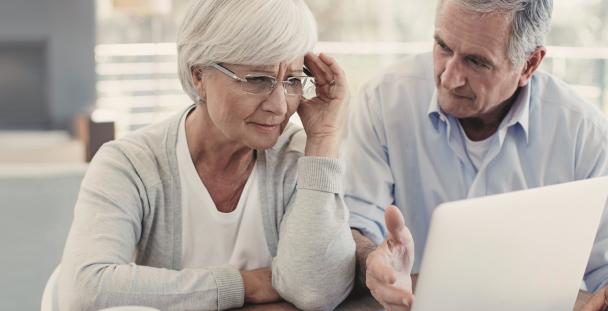 Sometimes we all mistake one thing for another. Maybe we see a ball lying in the road, but when we get closer, we see that it’s actually an orange. But written words tend to have specific meanings, so unless it’s a word we don’t know, or the sentence structure is very complex, we can work out what is meant. Or can we?

Tax is full of words and phrases that have very specific meanings so that they can be readily understood and used as a sort of shorthand by tax professionals.

The problem with words falling into common usage means that people expect they know what those words mean – and sometimes, when words are used inappropriately, it can lead to misunderstandings that can be very costly.

Such is the case with some of the ‘allowances’ that exist in our tax system.

Deferred state pension lump sums are taxed in a special way – at the taxpayer’s highest main tax rate. It is crucial that this main tax rate is correctly identified.

As above, this can be a problem when people think they are a non-taxpayer when in fact they are a taxpayer, but effectively have no tax to pay due to the way in which some so-called tax ‘allowances’ work.

This article looks at some traps to be wary of.

Let’s look at an example:

John will have pension income of £13,000 in 2019/20, including the state pension that he starts to receive part way through the year. He is married and, as his wife does not use her full personal allowance, they use the marriage allowance to ‘transfer’ part of her personal allowance to John. But this allowance that she gives up is not an allowance in John’s hands: instead it is an item that reduces his tax bill.

That is an important distinction for John because he previously deferred his state pension (which he became entitled to before 6 April 2016) and during 2019/20 he received a state pension lump sum of £20,000.

With pension income of £13,000 and the tax reduction arising from the marriage allowance, he pays no tax on that income. He thought this meant that he would also pay no tax on his state pension lump sum. WRONG!

His tax rate was actually 20% as follows:

And this is not the only ‘allowance’ that may catch out pensioners taking lump sums.

When deciding the individual’s highest main tax rate for the purposes of taxing the state pension lump sum, these allowances are ignored.

The starting rate for savings, which allows up to £5,000 to be taxed at a nil rate (potentially on top of the personal savings allowance), is also ignored for the purposes of working out the individual’s main tax rate.

Again, let’s look at an example:

Her tax bill would be worked out like this:

Thus, Sue has no tax to pay for 2019/20, but if she had received a state pension lump sum of, say, £7,000 during the year, that would be taxed at 20% (a tax bill of £1,400). This is because the savings allowance and starting rate for savings are both ignored for the purposes of working out Sue’s main tax rate and she is in fact a ‘basic rate’ or 20% taxpayer. Some £5,500 of her savings income would have been taxed at 20%, were it not for the special savings rates being applied.

So are there any other ‘true’ tax allowances, other than the personal allowance?

Also, both the trading allowance and property allowance totally exempt income from taxation. Again, this means that if you had, say, employment earnings and pension income totalling £12,500 or less in 2019/20 plus up to £1,000 of income from a self-employed side-line, you would be a non-taxpayer for the purpose of calculating tax on a state pension lump sum, if you claimed the trading allowance.

The moral of the story is, check carefully so you don’t end up with an unexpected tax bill.

What is state pension deferral?