This article updates our previously published article on how to claim a Job Retention Scheme grant, based on new information provided by HMRC and our own experiences of testing the calculator and the system. 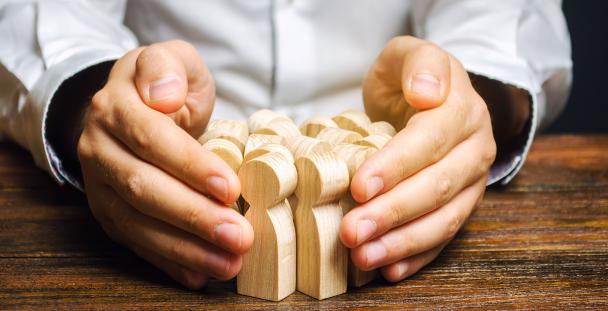 There has been a lot of confusion about the claim period – is it the same as the furlough period? What if employees are furloughed over different periods? How long should it be? How often can claims be made? Can I make more than one claim in each period?

The claim period is simply the period from the date that the employer's first employee went on furlough to either the date the last employee finishes their furlough or a date of the employer's choosing – whatever comes first. Although the minimum furlough period is 3 weeks, so the initial claim period must be for at least 3 weeks, thereafter there is quite a lot of flexibility as to the length of subsequent claim periods. However, if your employee returns to work, they must be taken off furlough. They can be placed back on furlough multiple times, but each separate instance must be for a minimum of 3 consecutive weeks.

Many employers will have had to undertake a big 'catch up' exercise as part of their first claim. But from then on, the claim period will probably become more regular and could be whatever period suits the employer depending on their payroll processes, cash flow, time/inclination to make claims etc.

This might be on a weekly basis for employers with weekly paid employees – monthly for those with monthly paid employees, although it doesn’t have to be for the same period each time. Some employers may even just decide to make one big claim towards the end of the Job Retention Scheme. Also, you do not have to wait until the end of a claim period to make your next claim.

By doing this, he is able to match up the timing of the grant being paid to him with his weekly payroll process, so that the grant money comes in before he has to pay it out again in wages which protects his cash flow. But there is nothing to stop James putting a in a claim for two weeks at a time say, if he finds the claim process burdensome, provided he is confident his employees will remain furloughed for that period and the end of the claim period is not more than 14 days from the date of the claim being made.

⚠️ Tip: You need to keep excellent records of each claim you make. This should include making a note of the start and end dates of your claim period so you have them to hand when you make the next claim as there is no prompt built into the system to remind you what the end date of the last claim period was.

Still unclear: It is not currently possible to amend claims once they have been submitted. Also, you cannot make another claim for the same claim period. It is therefore unclear how HMRC want employers to deal with any errors/omissions that have been made in any given claim period. (One option is for employers to deal with errors in employee payments/furlough claims by adjusting for over/under payments in the next period, however HMRC have not confirmed in guidance if they are happy for employers to do this.)

For employees whose pay varies and were employed from 6 April 2019, you can work out their furlough pay based on the higher of their 2019/20 average earnings (to the 5th April or the date they were furloughed) or by looking at the same period last year. Now that HMRC's calculator is up and running for this group, it is clear that these calculations are unfortunately, more complex than expected.

Firstly, many employers will have prepared their employee's furlough pay calculations before HMRC's detailed guidance was issued, meaning that there may be a mismatch in the figures from the start.

But secondly, it would appear to be the case that the 'higher of' calculation should be done each and every pay period. Moreover, it appears that HMRC expect employers to extrapolate a figure of earnings for exactly the same period last year – even if this spans two tax weeks for example.

Example continued: Shan worked out David's furlough pay as £221.69, on the basis that this gave the highest result when compared to looking at what his pay was in the same period of the 2018/19 tax year. She has continued to pay David £221.69 a week ever since as she understood the original furlough calculation to be a reference point for pay for the entire furlough period.

⚠️ Tip: We assume many employers will be in this situation – either because they produced their calculations before the guidance/calculator were available, or have simply not seen what has now been published by HMRC. If you have made errors like Shan, you should comply with the correct way of doing things going forward and make any adjustments as necessary, once HMRC have confirmed how to do this.

Still unclear: While we would hope that HMRC would take a pragmatic approach to mistakes such as these, we would urge HMRC to advise employers on their compliance strategy for the JRS and what the ramifications are for employers in terms of clawbacks/penalties for errors such as this as soon as possible.

We have received a few questions on whether you should claim for employer's National Insurance if the Employment Allowance would usually cover it.

This was covered in the 17 April update to the official guidance:

Working out what you can claim

We would like HMRC to issue further guidance on this. Although the Employment Allowance does allow for it to be claimed at any point in the year, it is certainly questionable whether this is within the spirit of the rules.

In our original article we highlighted there was some ambiguity as to whether it was possible to furlough employees who are currently on sick leave where Statutory Sick Pay is payable or liable to be payable, because of inconsistencies in the wording of the Treasury Direction and the guidance.

HMRC previously told us that they felt the legislation and guidance were consistent and that employers should be relying on the guidance in this area which states that it is possible to furlough workers who are currently on sick leave (at which point their sick pay would end and their furlough pay begin). However we were concerned that many advisers/employers would not feel reassured by this and may not be putting workers on furlough for fear of making Job Retention Scheme (JRS) claims incorrectly.

HMRC have now helpfully explained their position further. HMRC's view is that where an employer and employee agree to commence furlough, such an agreement will amount to a variation of the employee’s contract. Under this agreement, the employee cannot reasonably be expected to do any work under that contract for the duration of the agreement. Consequently, under s151(4) of the Social Security Contributions and Benefits Act 1992, the employee cannot be incapable or deemed incapable of doing work which he can reasonably be expected to do under that contract. There is therefore no employer’s liability to pay SSP and JRS becomes claimable.

We think this is a useful clarification and should give employers and advisers the reassurance that they need to progress with claims.

Still unclear: We are aware there are other examples where employers are worried about getting things wrong and feel unable to make a decision about whether to furlough workers. We look, for example, at some of the issues that may be preventing umbrella companies from furloughing their staff in our recent article for Contractor UK.

We urge HMRC to expressly clarify the position for these employers (and thus, their workers) as soon as possible.

5. Digitally excluded or otherwise unable to prepare or submit claim

If you can't use the online system for whatever reason (for example, you are a care and support employer who usually files their RTI returns by paper), then it is possible to phone HMRC on 0800 024 1222 and have them process your claim by phone. However, please note, the telephone advisers will need you to have all the information ready for them to enter into the system for you. They will not be able to prepare any calculations for you.

Still unclear: It is unclear as yet what support HMRC might be able to offer employers with furloughed staff (including if you are the director of your own limited company) with the actual calculations.

Of course if you have an accountant that assists you with payroll or with other aspects of your tax affairs, they should be your first port of call. They may be happy to help with the calculations (or may even be able to manage the whole process for you) although they may charge a fee.

If you are an employer, and have nowhere to turn for help with your payroll calculations, do contact us and tell us of your experiences. Although we can’t offer individual advice, we are keen to hear of your experiences so we can feed these into our discussions with HMRC and improve our guidance and information for website users.