Umbrella workers: Have you only recently been furloughed?

As some people are starting to return to work, some umbrella companies are only just beginning to furlough their workers. Here we explain what has changed for umbrella workers and what to look out for if you are one of these workers. 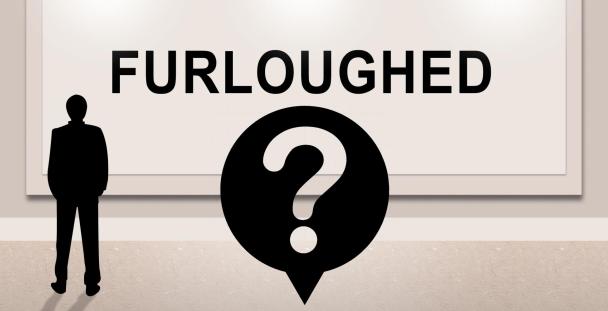 On 10 May 2020, the Prime Minister outlined his plan to begin lifting lockdown measures over the coming months.

In the same week, updated government guidance on what constitutes a discretionary payment and on holiday pay during furlough, has seemingly given some umbrella companies the confidence to move forward with furloughing their workers.

(We looked at how these issues were preventing umbrella companies from furloughing their staff in our article for Contractor UK.

Here we answer some questions that umbrella workers may have.

Will I be furloughed?

Some umbrella companies are interpreting the official scheme rules (at para 6.1), as meaning that in order to qualify, you needed to have been on a 'live' assignment that was suspended or terminated as a result of the coronavirus and are then only considering the period up until your assignment was going to come to a natural end. As you must be furloughed for a period of at least three weeks to qualify, if your assignment was scheduled to finish within those three weeks anyway, they may still say you don’t qualify.

Your umbrella company will probably want to confirm your assignment situation with agencies or/and end clients before offering to furlough you, which in the current situation may be easier said than done if the staffing levels or operations in those business have been affected.

It is worth saying that it is not currently clear whether the government intended for the scheme rules to be interpreted more widely – for example to support people who were looking for an assignment and who might have found one, but for the coronavirus or who were in an assignment that was scheduled to end – but that might have been extended, but for the coronavirus.

Your umbrella company may feel it is risky to furlough you if you fall into these circumstances, because if they make the wrong 'call' as to what the intention of the government is, there could be consequences for them. On the 29 May 2020, it was announced that the final date by which an employer can furlough an employee for the first time will be 10 June 2020, so this means umbrella companies that have been unsure about how to proceed, will have to make a decision, one way or the other, by then.

For guidance on what to do if your umbrella company won’t furlough you, see our article written for Contractor UK.

I haven’t worked since the end of March. Can my furlough be backdated?

Yes, you can be furloughed on a backdated basis (in fact going back as far as 1 March, as appropriate). Again, this is up to your employer and there is no obligation to backdate furlough periods. Given the big catch up exercise that is now going on for umbrella companies, it is likely your first payment will be a lump sum – covering many weeks or even months' worth of furlough pay. Thereafter, your umbrella company may apply for more regular payments if you remain furloughed.

What will I get?

If an employer furloughs a worker under the Job Retention Scheme, the government will pay the employer 80% (up to a maximum of £2,500) of the employee's usual wages for the furlough period.

It was initially thought that umbrella company workers, who tend to be remunerated partly through a 'discretionary' commission or bonus payments, would only have the National Minimum Wage (NMW) element of their pay counted as wages. The recent update to the government guidance around the meaning of non-discretionary means that more umbrellas now feel more comfortable to calculate furlough pay based on an average of all wages, not just the minimum wage element. In many ways this position could still carry some risk for them, not least because:

The bottom line is that while you may expect all umbrella companies to operate in a similar way, the reality is that different umbrella companies have different contractual arrangements, different commercial considerations and different appetites for risk, so please be aware that just because you hear of one umbrella company starting to furlough workers on average pay rather than just the minimum wage aspect, this may not apply across the board.

Note that to the extent you are outside of supervision, direction or control and your umbrella company asks you to swap a portion of your earnings for reimbursed mileage expenses, any amount that you salary sacrifice in this way and get back in expenses should not be included when calculating the wages figure for your furlough pay or the JRS claim.

If the level of your furlough pay is leaving you in financial difficulty, you could explore claiming welfare benefits with a benefits adviser or some of the other options for help set out by the Money Advice Service. Remember provided your contract allows it, there is nothing to stop you looking for work elsewhere while you are furloughed.

Can any deductions be made from the wages reclaimed from the government?

The government’s guidance is clear that the total amount of the grant reclaimed by the employer in respect of an employee must be paid to that employee in full. These grants can’t be used by the employer to pay for anything else so for example, your umbrella company should not withhold any fees from the money they receive from HMRC.

If you think your umbrella company is making deductions or has applied for the grant but simply not paid it over (or is delaying paying it over), you can report them using the online fraud reporting facility. The form looks quite long, but you do not need to complete all the fields and you do not have to give your details.

Will I lose out by having my furlough pay paid as a lump sum?

Having your grant paid as a lump sum, should not impact on the amount that you get, only the timing of it. This is because the maximum that can be claimed per month, per employee is £2,500 – even for part time workers. By having your pay for your furloughed period calculated together, your employer will still be able to apply the £2,500 limit to each month’s pay, the limit should not be applied to the combined amount.

What will happen to my tax and NIC?

It may be the case that you pay slightly different tax as a consequence of receiving your furlough pay for the last few weeks or months all together. But as tax works on a cumulative basis, any extra tax you pay as a result of the lump sum, will be adjusted later in the tax year and so should sort itself out in due course.

NIC doesn’t work on a cumulative basis so you may pay more NIC when you receive furlough pay in a lump sum as only one NIC free amount can be used in a single pay period. Sadly, this can't be reclaimed.

What about universal credit (UC)?

DWP usually use information about people’s pay/earnings that is sent in to HMRC from employers when calculating UC awards.

Your UC award may be impacted by virtue of you receiving a lump sum of pay (albeit it at 80%) in one assessment period (although you should remember that you may have received more UC in the prior assessment period if it didn’t contain any earnings).

It can mean the income DWP use for the UC assessment is high enough to leave a nil UC award and close down the claim, requiring another claim to cover the next assessment period. There may also be issues relating to the benefit cap, surplus earnings and loss of the work allowance. You should speak to a welfare rights specialist who can help you understand your position and take any necessary action.

You may have heard that there has recently been a case that said that DWP should apportion income to the assessment period to which it relates(see the High Court decision in R (on the application of Johnson and others) v Secretary of State for Work and Pensions [2019] EWHX 23 (Admin)). However this decision was in the context of very different circumstances and it is our understanding that DWP are not applying the ruling in any case and have appealed the decision further. If you think this might apply to you, then you should speak to a welfare rights specialist.

What about holiday pay?

Recently issued guidance from BEIS confirms that the Job Retention Scheme does not alter the position as to whether or not agency workers, including those working through an umbrella company, are entitled to accrue holiday under the Working Time Regulations.

It also states for those on contracts of employment (as most umbrella company workers are), holiday will accrue as per their contracts, treating furlough as the same as a period not on assignment.

You should ask your umbrella company about its plans for holiday accrual during the furlough period. If you are not happy with what you are being told, then you could check the position with ACAS.

What is clearer however, is that your umbrella company can ask you to take any accrued holiday that you have going into furlough (although you may not have any if you receive 'rolled up' holiday pay) along with any that subsequently accrues during furlough, during your furlough leave (provided they give you adequate notice).

They may want to do this as they can then claim the 80% subsidy from the government. To the extent they do, accrued holiday pay should be paid out at in line with existing rules, that is, as an average of the previous 52 weeks of remuneration – not at the 80% furlough pay rate.