If you are late paying your tax bill, HMRC usually charge you interest. There is talk in the media of the Bank of England possibly setting a ‘negative’ base interest rate. What does this mean for HMRC interest rates? 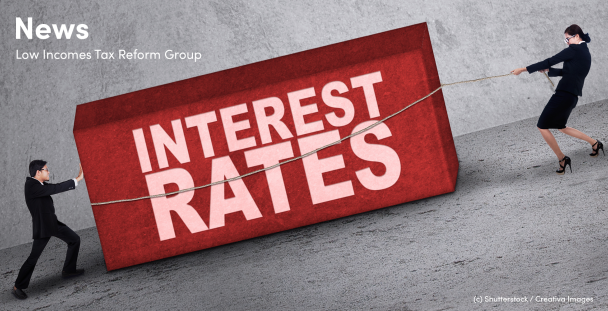 When do HMRC charge interest?

In very general terms, tax bills have to be paid by a certain date. If you don’t pay on time, you can be charged interest and penalties.

If you are struggling to pay a tax bill and contact HMRC before the tax becomes due to set up a ‘time to pay’ arrangement (paying your tax off by instalments), HMRC may not charge penalties if you stick to the payment plan.

HMRC also usually charge interest on penalties if you do not pay them by the due date, which is 30 days from the date they are issued.

Are there any special HMRC interest rules due to coronavirus?

Due to the coronavirus pandemic, HMRC have said that they will allow people longer to pay some of their tax bills.

For example, for the purposes of calculating late payment interest, Self Assessment payments on account that were due on 31 July 2020 were automatically switched on HMRC systems to being due on 31 January 2021.

In this case, interest is not charged on the late payment, though our recent article: Have you not yet paid your 31 July tax payment? Be careful if HMRC issue a penalty warns that interest might unexpectedly be charged if payments are allocated against the outstanding payment on account rather than liabilities falling due sooner than 31 January 2020.

How much interest do HMRC charge on late paid tax?

GOV.UK gives details of HMRC interest rates. At the time of writing, the rate is 2.6%.

This means that if you owed £1,000 tax for a whole year after its due date, HMRC would charge £26 interest (at the current rate).

What if HMRC owe me money?

If HMRC owe you a tax refund, depending on when they repay it to you, they might pay you some ‘repayment interest’. At the time of writing, the rate is 0.5%.

Why does the Bank of England base rate matter for interest on tax?

For many taxes, including the ones you are likely to come across (for example, income tax and capital gains tax), HMRC set the interest rate using the Bank of England base rate as a starting point.

If HMRC owe you money, they calculate the repayment interest rate as the base rate minus 1%. However, there is a minimum rate of 0.5%. As the base rate is currently 0.1%, this minimum applies.

What happens to HMRC interest rates if the Bank of England base rate falls below zero?

Under the law as it stands, the rules described above would still apply.

For repayment interest (where HMRC owe you money), the minimum of 0.5% would continue.

However, the situation for late paid tax is more complicated.

If the base rate were to fall to -2.5%, HMRC would not charge any interest on late paid tax.

If it were to fall even further, HMRC might have to pay you for owing them money! For example, a base rate of -3% would mean that HMRC would have to pay you 0.5% interest on the amount you owe!

We suspect, however, that if the Bank of England base rate were to fall below zero, the government might well review the rules on how HMRC interest rates are calculated.

If you are struggling financially due to the pandemic, our dedicated coronavirus guidance might be of help.