Following the October 2021 Budget, the Finance (No. 2) Bill was published. LITRG has provided written evidence on the measure which changes when HMRC can issue a ‘discovery assessment’ (a way of collecting unpaid tax). 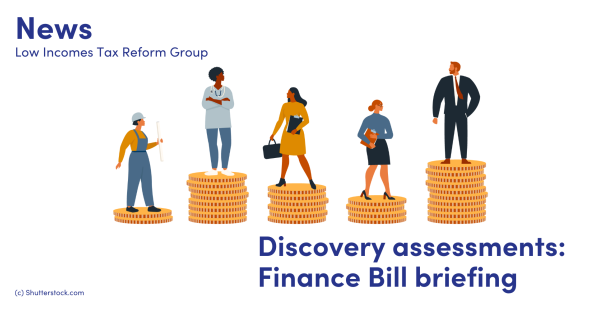 The change puts it beyond doubt that discovery assessments may be used to collect standalone tax charges, such as the high income child benefit charge (HICBC). It has retrospective and prospective effect, except for certain taxpayers who had already appealed on the basis that HMRC’s existing power is inadequate.

We have concerns about the way the change is being introduced retrospectively. This is not just because of the principle of retrospection, but also because the exception introduces unfairness on those who did not make the necessary appeal and on those who already paid the charges when they were due. However, alternative ways of introducing the change present their own difficulties. We explore some of these in our briefing.

The fundamental problem here is a lack of awareness by taxpayers that despite the State paying them, or their partners, child benefit and, in most cases, taxing their salaries through PAYE, they nevertheless have the obligation to notify the State specifically of their obligation to pay this charge: there has been very limited progress on Office of Tax Simplification recommendations for addressing this and other difficulties associated with the charge.

The briefing can be found here.