Universal Credit childcare: How much can I claim?

This page explains how much childcare support can be claimed through the childcare element of universal credit and what costs can be included in each assessment period. 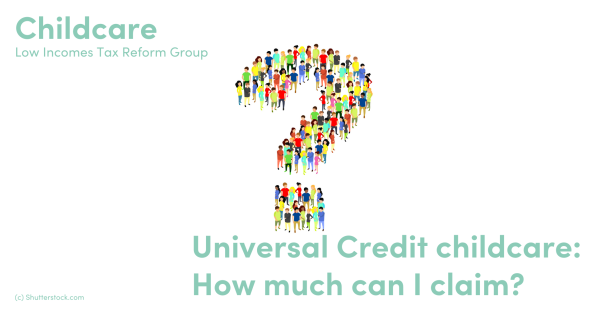 The amount of the childcare element in any assessment period is 85% of the charges for relevant childcare, subject to a maximum of £646.35 for one child or £1,108.04 for two or more children.

You can only claim these amounts for costs paid that are attributable to your particular assessment period (we explain below what this means).

To be attributable to an assessment period those costs:

Angela has an assessment period that starts on the 13th of each month and ends on the 12th of the following month. She pays her childcare bill on 10th January for the costs she incurred during December. She informs DWP of these costs on 11th January.

Instead, DWP will work out how much of the payment was for costs in advance and you will claim that amount in the assessment period where you actually use the childcare.

Prisha will have this £500 included her universal credit as follows (subject to the maximum limits set out above):

This means that although Prisha incurred a cost of £500 for relevant childcare on 11th January, DWP spread the childcare costs out so she receives her universal credit childcare support across three months.

It also means that if Prisha has regular childcare costs to pay in the third month (13th February to 12th March) the £141.65 will be added to those regular costs when working out the maximum amount she can claim for that assessment period.

The amount of childcare charges you can claim can be reduced if a DWP decision maker thinks that those charges are excessive when looking at the amount of paid work that you (and your partner) do.

There are no strict rules about what makes a childcare cost excessive and so it will be up to the DWP decision maker to decide, taking account of all of the information including your working patterns and the childcare patterns.

DWP guidance states that decision makers should be aware that:

If DWP think the costs are excessive, the amount claimed will be reduced by the amount of the excess. You will have a right of appeal against a decision to reduce childcare costs.

Your childcare provider might ask for a sum of money to keep a place for your child – this is sometimes known as a retainer. DWP say this is not eligible for reimbursement as relevant childcare costs for UC unless it is actually an advance payment for childcare costs.

Costs paid by other people

You can only claim help with childcare costs that you actually incur. The amount of childcare costs included for universal credit will be reduced by any amount that is met by an employer or some other person. This includes payments out of funds provided by the Government that are in connection with your participation in work related activity or training.