On 3 March 2021, the UK government announced that the Self-Employment Income Support Scheme (SEISS) would be extended to provide a fourth and fifth grant under the scheme, which would take account of 2019/20 tax returns submitted by 2 March 2021. The fourth grant closed on 1 June 2021 and the claim process for the fifth grant will open from late July 2021. 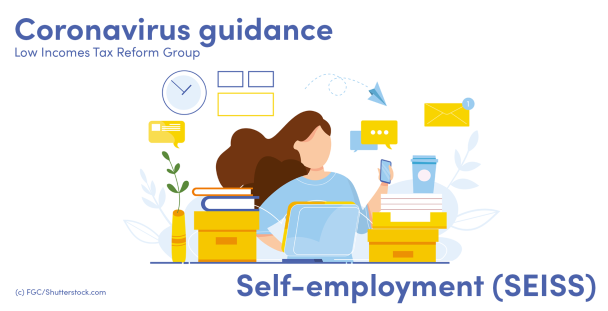 What is the Self-Employment Income Support Scheme (SEISS)?

We provide detailed background and guidance on the scheme separately (focusing on the first three SEISS grants). This page only discusses the changes to the scheme which were announced at the 2021 Budget on 3 March 2021 and the detailed rules for the fourth grant which were confirmed on 12 April 2021.

For information on where to include the first three SEISS grants on your 2020/21 tax return see our separate guidance.

For the first three grants under the scheme, HMRC did not take account of a taxpayer’s sole trader profits, or share of partnership profits, from the 2019/20 tax year in calculating the amount of the grant to which the taxpayer might be entitled.

However, the inclusion of 2019/20 profit figures might mean that claimants of the previous grants receive a different amount from what they are expecting. Some may not qualify at all for the fourth and fifth grants, even if they qualified for previous grants.

Do I qualify for the fourth grant?

⚠️ Please note that it is no longer possible to make a claim for the fourth grant.

You needed to have met all of the eligibility conditions. Normally, this means all of the following:

Profits condition for the fourth grant

In most cases, the profits condition is met if your trading profits for 2019/20 were:

You may not have met this condition for the 2019/20 tax year. In this case, you were allowed to consider your average profits for 2019/20 and earlier tax years as follows:

Different rules may apply in the following cases:

A relevant basis period for the fourth grant is a basis period which overlapped with the period 1 February 2021 to 30 April 2021. A basis period is usually 12 months.

In this case, you only need to have had a reasonable belief that you would have a significant reduction of trading profits in one of the two periods.

Unlike the first three grants under the scheme, if you claimed the fourth grant you may need to pay some or all of it back if you amend a tax return after 2 March 2021 and the amendment either:

However, if the amount that you need to pay back is £100 or less, it is ignored for this purpose.

This can apply even if you made the amendment before making the claim for the fourth grant. In this case, you would need to have paid back some or all of the grant immediately.

If you make such an amendment after making the claim then you are technically required to pay the amount back immediately – although you are allowed up to 90 days from the date of the amendment (or claim to the grant, if later) to notify HMRC. Penalties can apply if you are late.

How much was the fourth grant?

Please note that it is no longer possible to make a claim for the fourth grant.

If you started self-employment for the first time in 2019/20, then your trading profits will be divided by 12 (irrespective of when you started trading) and then multiplied by 3 and then 80%. The figure is capped at £7,500.

⚠️ Because your profits are divided by 12 and not the number of months you had traded in the year, the amount of the grant may be less than you expected.

Provided Ian meets the other conditions relating to the impact of coronavirus on his business and his intention to continue to trade, Ian should be eligible for a grant of £1,800. This is paid out in a single instalment.

⚠️ The grant will be liable to tax and Class 4 National Insurance contributions in the tax year in which it is received (for the fourth and fifth grants, this should be 2021/22).

The Ferret website has a useful tool which calculates the fourth SEISS grant amount and also the additional tax and NIC which will be charged on the grant.

I have claimed previous SEISS grants. How do the changes for the fourth grant affect me?

Please note that it is no longer possible to make a claim for the fourth grant.

Even though the Budget announcement was aimed at those who are newly self-employed, the inclusion of 2019/20 profits in the calculation affected existing claimants as well. So, if you have claimed one or more of the first three SEISS grants, the amount of the fourth grant may have been more or less than you previously received.

Anita started self-employment in January 2019 and earned profits of £1,000 a month. She made a claim for the third grant under SEISS and received £600. This is calculated as follows:

Geoff started trading in January 2018 and his self-employed profits are as follows:

This means that Geoff did not have at least half of his income from self-employment in 2019/20. Geoff would be able to look back to see if the test is met over all the years he traded – but he fails this test as well because his total trading profit over the three years was only £39,000. Geoff is therefore not able to claim the fourth (or fifth) grant.

⚠️ Please note that it is no longer possible to make a claim for the fourth grant.

Unless you fell into a limited number of exceptions – under which your 2019/20 trading profits are ignored for the purposes of the fourth grant – we understand that if you did not submit your 2019/20 tax return on or before 2 March 2021 you will not be eligible for the fourth or fifth grants unless there were exceptional circumstances agreed with HMRC.

This is the case even if you were eligible for previous grants based on prior year returns.

Although the fourth grant claim process has ended you can find further information on the grant on GOV.UK.