What if I come from a non-EU country with which the UK has a social security agreement?

Migrants who are posted to the UK on assignment from a country with which the UK has a bilateral social security agreement may not have to pay National Insurance contributions (NIC) under the terms of the agreement. We explain further below.

Following the 2016 European Union (EU) membership referendum in the UK, on 29 March 2017 the UK provided notice to the European Council of its intention to withdraw from the EU under Article 50 of the Treaty on European Union. At the time of writing (in March 2019), the date and terms of the UK’s departure from the EU have not yet been finalised. Therefore, please note that the guidance below reflects the law as it applies before the UK’s departure from the EU.

For more information, go to HM Revenue and Customs’ (HMRC) guidance, RDR1, chapter 11. You can find this on GOV.UK.

With which countries does the UK have a bilateral social security agreement?

Do I have to pay National Insurance contributions (NIC) in the UK?

Migrants who are posted to the UK from a country with which the UK has a reciprocal social security agreement (sometimes called a Double Contributions Convention or Totalisation Agreement), may not have to pay NIC under the terms of the specific agreement. The countries with which the UK has such agreements are listed above.

You need to consider the terms of the relevant agreement to determine the rules that apply – the relevant agreement is the agreement between the UK and the country to which the employee used to pay contributions (although where three or more countries are involved the position may be more complex). In general, these agreements provide that the migrant has to pay NIC unless:

However, in most cases, migrants are hired in the UK, so these rules do not apply and the migrant has to pay NIC from day one of working in the UK.

Am I eligible for UK social security benefits?

For migrants covered by a reciprocal agreement, contributions paid to the social security authorities of the UK and the home country in accordance with the agreement are all counted when determining eligibility for benefits payable by each country. The agreement contains detailed rules for different types of benefit, and information on whether an employee will receive benefits from the UK or from their home country.

What happens to my NIC if I return to a country with which the UK has a reciprocal social security agreement?

Even if you do not claim any benefits in the UK, or are here for just a short time, you cannot usually reclaim NIC when you leave, unless it was paid in error (for example, you paid UK NIC when the agreement stipulated you should have paid in your home country).

The NIC is not strictly transferable to another country's scheme either. However, it may help to determine eligibility to state benefits in that other country.

There is a list of countries with which the UK has social security agreements on GOV.UK. You may wish to contact the International Pension Centre for more information on the position if you go to such a country.

How do I get a National Insurance number?

What are National Insurance contributions?

Why not check out our easy-to-digest factsheet! 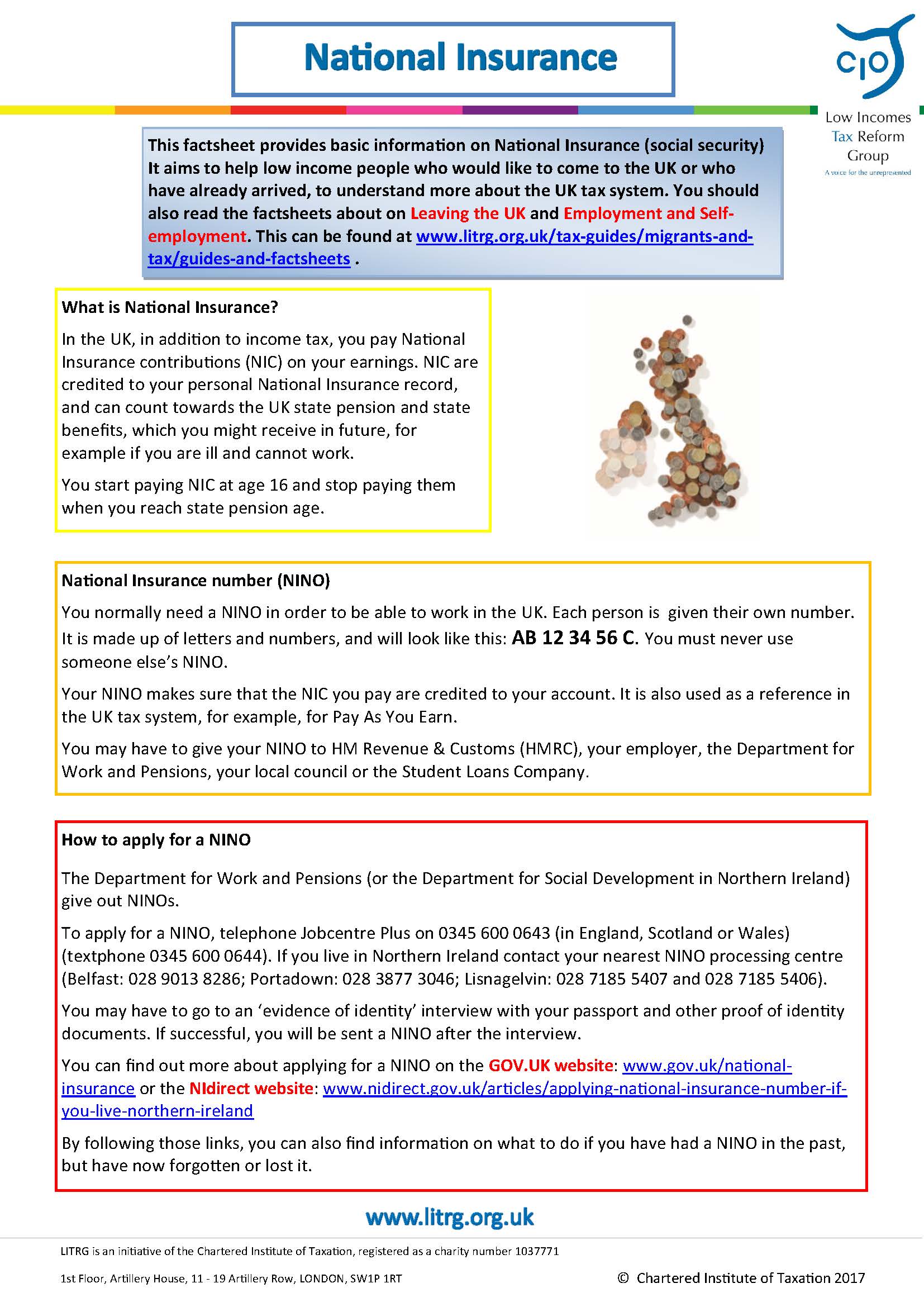