What if I am a cross-border worker?

Cross-border workers are individuals who regularly travel from one country to another to work. For example, someone who lives in the Republic of Ireland but travels to work in Northern Ireland (which is part of the UK). On this page, we explain what it means to be a cross-border worker with regards to your tax and social security (National Insurance) obligations in the UK. 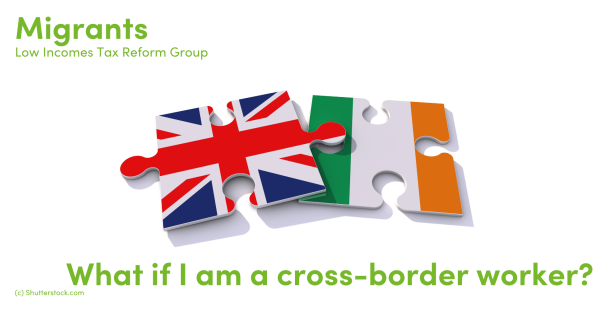 What if I am a cross-border worker?

Cross-border workers are individuals who regularly travel from one country to another to work. For example, someone who lives in the Republic of Ireland but travels to work in Northern Ireland (or the other way round).

If this applies to you, you will need to consider the rules for residence in each country you either live or work in.

You may have to pay tax in both the UK and the other country. As such, you will probably have to look at the double taxation agreement between the two countries, if there is one (there is between the UK and Republic of Ireland).

One of the functions of these treaties is to prevent double taxation, by either allowing only one country to tax your earnings or by allowing a credit for the foreign tax paid.

The method of double taxation ‘relief’ will depend on your exact circumstances, the nature of the income and the specific wording of the treaty between the countries involved. You will probably need to seek some professional advice if you find yourself in a ‘double taxation’ situation.

Republic of Ireland residents working in Northern Ireland, for example, have income tax deducted automatically from their salary under PAYE and paid directly to HMRC. They are also likely to be required to declare this income to the tax authorities in the Republic of Ireland.

While a credit will be given for UK taxes, cross-border workers resident in the Republic of Ireland may have a balance of Irish tax to pay to the Irish tax authorities if they are taxed less in the UK than they would have been if they had paid tax on the Euro equivalent of this income in Ireland. However, cross-border workers resident in the Republic of Ireland can make use of Transborder Workers' Relief which ensures that they do not pay any additional tax to the Irish authorities, unless they have income earned from other Irish sources, such as rental or investment income, or they are jointly assessed for Irish Tax with a spouse.

There is no equivalent relief for cross-border workers resident in Northern Ireland, who work in the Republic of Ireland, so their annual Self Assessment tax return to HMRC may result in a 'top-up' UK tax liability.

Please note that the Low Incomes Tax Reform Group is a UK-based organisation and we do not provide guidance on Irish tax matters. If you require support on your Irish tax position, please refer to Irish Tax and Customs.

Can you give me an example?

David has income from sources in the Republic of Ireland and Northern Ireland. As he lives in Northern Ireland during the week for work, but lives in the Republic of Ireland the rest of the time he will have to consider where he is resident for tax purposes – he could be resident in either country or both. He will also need to look at the double taxation agreement between the countries, as this will tell him where he should pay tax on the different sources of income.

He will probably have to complete a tax return for each country, that is a UK Self Assessment tax return and an Irish tax return.

When he is looking at these issues, he will also have to be aware of the tax years and deadlines of each country. The UK tax year runs from 6 April to 5 April, and tax returns must be submitted by the following 31 January (if submitted online). In the Republic of Ireland, however, the tax year is the same as the calendar year (1 January to 31 December), and the deadline for submitting a tax return is the following 31 October.

What about social security?

The rules regarding the social security position when individuals are working both in the UK and another country can be complicated.

There are four broad possibilities:

2. Otherwise, if you are within scope of the new protocol on social security between the UK and the European Union, these rules will apply instead. This will usually be the case if the cross-border working arrangement started on or after 1 January 2021 and the other country is a member state of the European Union. They are similar to the previous rules which applied before 31 December 2020, but there are some important differences.

3. Where neither 1 or 2 apply, you should check to see whether there is a social security agreement between the UK and the other country and refer to the wording of the agreement.

A list of non-European countries with which the UK has a social security agreement can be found on GOV.UK.

4. In all other cases, ‘domestic rules’ on social security apply.

There is information on the social security rules in the pages on National Insurance for migrants.

If you are crossing the UK/Irish border regularly, you may find the Border People useful – a one-stop guide on cross-border taxation, social security and job-seeking, to health, education and banking and more.

Am I employed, self-employed or both?

How do I pay tax?