Have you received a letter about the disability element of tax credits?

LITRG are aware that HMRC have written to some tax credit claimants who receive a disability element in their working tax credit award. The letter may have caused some confusion for recipients and in some cases has led to people having their disability element removed, possibly in error. HMRC are aware of the issue and will be contacting those whose payments have been affected in the next few (working) days. This article answers some questions about the letter and tells you what will happen next. 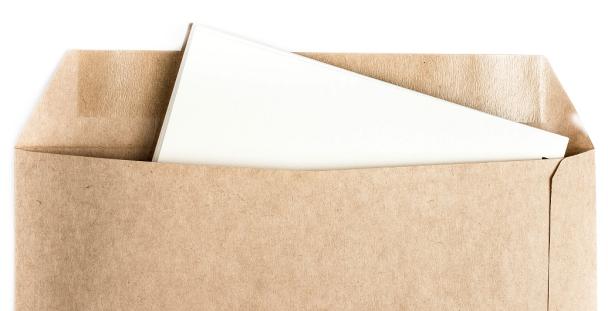 Who were the letters sent to?

The letters were issued to specific claimants who are/were in receipt of the disability element of working tax credit.

To qualify for the disability element of working tax credit you must meet three conditions including a qualifying benefit test. One way of meeting the qualifying benefit condition is through receipt of benefits such as Disability Living Allowance (DLA), Personal Independence Payment (PIP) or Attendance Allowance (AA). However, there are other ways to meet this condition which we explain below.

Claimants need to notify HMRC when they stop getting a qualifying benefit, but to help claimants, DWP also tell HMRC when DLA, PIP or AA has started or stopped.

What was confusing about the letter?

‘As your disability living allowance/attendance allowance/personal independence payment has recently stopped, we need more information to help us make a decision on whether you should continue to get the disability element of working tax credit’

Unfortunately, some of the people who received the letter had never been in receipt of any of these benefits (and likely qualified via a different route) and were therefore confused by the suggestion that they had and that there had been a change.

Can you qualify for the disability element of WTC if you don’t get DLA/PIP/AA?

Yes. The rules are complicated, but you must be working at least 16 hours a week, have a disability that puts you at a disadvantage in getting a job and meet the qualifying benefit test.

Receipt of DLA/PIP/AA is a common way to meet the qualifying benefit test, but there are several other ways which are explained in leaflet TC956.

The one that causes most problems is known as ‘Case G’. Broadly, this is where someone initially qualified for the working tax credit disability element because they received certain benefits/premiums/credits (for example incapacity benefit, employment and support allowance, severe disablement allowance or certain premiums in benefits such as income support, income-based jobseeker’s allowance or housing benefit) in the 182 days before their claim for that element. After that initial period expired, they continued to meet the qualifying benefit test by virtue of receipt of the disability element of working tax credit itself.

This allows their entitlement to the disability element to keep going for as long as they are working at least 16 hours a week and are at a disadvantage in getting a job.

I contacted HMRC when I received the letter, but they have removed my disability element. What should I do?

We understand that some claimants phoned HMRC when they received the letter and that HMRC staff removed the disability element (which in some cases ended entitlement to working tax credit. This may have been incorrect in some cases.

If you received the letter and have now had your payments stopped, you don’t need to do anything immediately. HMRC will be contacting you directly to discuss your case. If this was done in error, then your disability element should be reinstated (if you have claimed UC in the meantime, any tax credit award can only run until the day before the start of any UC claim).

⚠️ We appreciate this is a difficult time and you may be without financial support. You may have read that you can claim Universal Credit (UC) instead. Some people are better off claiming UC but others are not. You must seek advice from a welfare rights specialist before you claim UC because once you make a UC claim, HMRC say it is not generally possible to go back to tax credits.

HMRC will contact you by phone. The call may come from a withheld number. In the current climate, we understand people may be nervous about receiving phone calls and worried it is a scam. HMRC will not ask for your bank account details. They may ask you:

If HMRC are unable to contact you by telephone, a letter will be issued, inviting you to call HMRC.

I have received a letter/had my payments stopped and have not received a phone call.

HMRC are prioritising contact with those who have had their payments stopped already. They will then make contact with other claimants who were sent the letter as soon as possible after that.

HMRC have reassured us that no-one else should have their disability element payments stopped or altered, as a result of this exercise, until they have made contact with claimants and checked the position carefully.

If you have not heard from HMRC by 19 June, you should contact the tax credits helpline, who will put you in contact with the team dealing with your record.

What happens if HMRC still think I don’t qualify for the disability element?

It is possible that, even after taking account of the Case G rules above, HMRC may decide you do not qualify for the disability element of working tax credit. If this happens, HMRC should issue a decision notice (one for the current 2020/21 tax year and a final notice for the 2019/20 tax year). You can ask them for a mandatory reconsideration for each tax year if you disagree with the decisions – this is the first step in the appeals process. If you still don’t agree with their decision, you can ask an independent Tribunal to decide your appeal.

Can I make a complaint about what has happened?

Yes, HMRC have a complaints process. If you have incurred any financial costs as a result of a mistake by HMRC you can ask for compensation. You can read about making a complaint on our website or on GOV.UK.