HMRC has lost a recent case at the First Tier Tribunal (FTT) in which they attempted to make backdated assessments of high income child benefit charge on a PAYE taxpayer. In the circumstances, HMRC were found to lack the necessary legal mechanism to make the assessment. 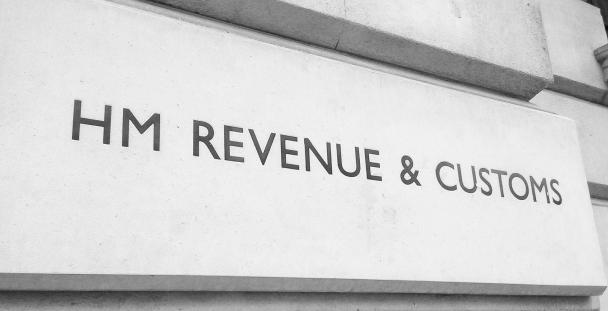 If you are liable to the high income child benefit charge (HICBC), three things are supposed to happen:

In cases where both steps 1 and 2 haven’t happened, HMRC have other mechanisms to create the debt (in other words, to assess the tax). In Wilkes [2020] TC 07740, HMRC attempted to assess the high income child benefit charge under the ‘discovery assessment’ provisions (section 29 of the Taxes Management Act 1970), which can be used if HMRC discover:

b) that an assessment to tax is or has become insufficient, or

c) that any relief that has been given is or has become excessive.

However, it was found that there was no such ‘income’ which ought to have been assessed which was not assessed. The child benefit itself is not taxable, and the high income child benefit charge is not income, it is a charge to income tax. The assessment, which was made under paragraph (a), was therefore held to be invalid.

What does this mean for me?

Unfortunately for those concerned, it does not mean that everyone who has received similar assessments from HMRC will have them cancelled.

FTT decisions are not binding on either HMRC or on other judgements made at the first tier. Also, HMRC are likely to appeal to the Upper Tribunal, where the FTT decision may be overruled.

Alternatively, HMRC may ask Parliament to change the law so that the discovery assessment provisions are ‘corrected’ – potentially retrospectively – so that they can be used in cases such as this.

If HMRC have made an assessment under similar circumstances, you are able to appeal against that assessment provided you are in time to do so. However, there is no guarantee that a different FTT judge will come to the same conclusion (as above, FTT decisions are not binding).

Is there anything else I can do if HMRC are asking me to pay the HICBC for previous years?

Firstly, you should check which tax years HMRC are in time to assess.

If HMRC are making the assessment under the discovery assessment provisions and you have failed to notify HMRC of your chargeability (Step 1 above), then HMRC will be able to assess tax years back to the introduction of the HICBC (that is, 2013/14) unless you have a reasonable excuse for the failure to notify. If you have a reasonable excuse, then HMRC will only be able to go back four years (at the time of writing, this means back to 2016/17, so the years 2013/14 to 2015/16 would be out of time).

If you did notify HMRC of your chargeability for the relevant years, different time limits apply. See also HMRC’s guidance on assessing time limits.

For the tax years which HMRC are in time to assess, you should also check that the charge is correct. For example, you should ensure that the charge is based on adjusted net income (which takes into account a deduction for things like pension contributions for which relief has not been given via payroll, and Gift Aid contributions) and not simply the taxable PAYE income which HMRC may have on record for you.

Some taxpayers have argued that HMRC should not charge the underpaid tax, applying a concession known as ESC A19. This has been argued on the basis that HMRC were already aware of the fact that the individual was earning above the £50,000 HICBC threshold (from PAYE information already held) and the fact that they, or their partner, was a child benefit claimant (from Child Benefit Office records – which is in fact part of HMRC). However, we are not convinced that the concession technically applies in these cases because a failure to match up PAYE records with child benefit records does not appear to be covered, and we are aware HMRC are resisting applying it.

If you disagree with the amount, you can appeal. As part of this process, you may be able to delay paying the tax (and associated penalties) until the appeal is settled.

Otherwise, if you are not in a position to pay the backdated charge (frequently this will be several thousand pounds), you should consider entering into a payment plan with HMRC. Please see What if I cannot pay my tax bill? for more information on this, including details on where to find more help and advice.

You may be interested in this article which discusses certain traps in relation to the HICBC. For example, you should be aware of the possibility of claiming child benefit but opting out of receiving child benefit payments – as opposed to ending the child benefit claim completely – if you wish to avoid the charge in future. This will allow the child benefit claimant to accrue National Insurance credits towards their state pension, if they do not work or are not entitled on some other basis.

If you are liable to the charge and your income has fallen recently, perhaps as a result of the coronavirus pandemic, then we recommend you read our specific guidance.

Further information about child benefit and the HICBC can be found in our main guidance.