How do I appeal a tax credits decision?

Many, but not all, of the decisions made by the Tax Credit Office about your claim and payments can be challenged by an appeal to an independent tribunal. On this page, we walk you through how to appeal a tax credit decision. 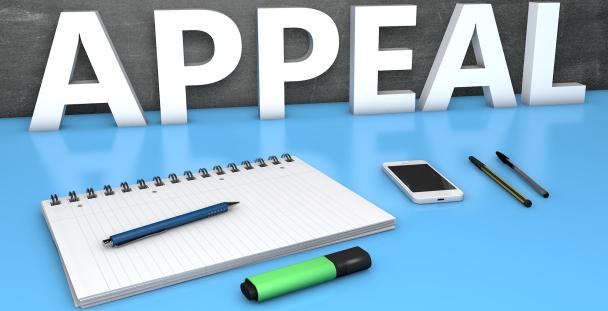 ⚠️ Universal Credit (UC) is a new benefit which will eventually replace tax credits, and some other social security benefits. Universal credit is now available across the UK and most people are no longer able to make a brand new claim for tax credits and are expected to claim UC (or pension credit) instead. Existing tax credit claimants are expected to be moved across to universal credit between November 2020 and September 2024. This follows a pilot involving no more than 10,000 people who will be moved between July 2019 and July 2020, although this may change due to the impacts of the coronavirus outbreak in the UK. You can find out more about this in our universal credit section.

For decisions made on or after 6 April 2014, claimants must ask HMRC for a review of the decision before they can appeal to an independent tribunal. This is called ‘mandatory reconsideration’.

Which decisions can I appeal?

Instead, you need to use the dispute route. This is used where you have been overpaid but think you should not have to pay it back because it was caused by HMRC’s mistake and you met all of your responsibilities.

In cases where you can formally appeal, the decision is looked at again by a tribunal, which is completely independent of HMRC. This is called a First-tier Tribunal (Social Entitlement Chamber), which also deals with social security benefit appeals. The appeal will be heard and decided by one legally qualified person, known as a judge, although the procedure should be less formal than in court. For decisions made on or after 6 April 2014, you must ask HMRC to review their original decision (called mandatory reconsideration) before you can appeal to the First-tier Tribunal.

What is the appeals process for decisions made on or after 6 April 2014?

How do I request a mandatory reconsideration?

You must ask for the reconsideration with 30 days of the date of the tax credits decision notice (normally your award notice, but if you are refused tax credits it may be a letter).

Late requests for mandatory reconsideration are possible, as long as they are made within 13 months from the date on this award notice or letter. If your request for reconsideration is late you must:

HMRC will only accept a late request if they are satisfied that due to special circumstances it was not practical for your request to be within the 30-day time limit and it would be reasonable in the circumstances for you to be given an extension.

Under the old appeal process (for decisions made before 6 April 2014), if HMRC refused a late appeal it would be up to the Tribunal to decide whether it could be accepted. However, under the new rules, there is no right of appeal against HMRC’s refusal to allow a late mandatory reconsideration request.

You will receive a notification letter explaining the decision. This should explain why HMRC have made their decision.

What if I am not happy with the mandatory reconsideration decision?

The notification letter should also explain what to do if you are not happy with HMRC’s decision. You will have one calendar month to send your appeal to the Tribunals service. If you are outside this time limit you must give reasons why the appeal is late.

Under the old process, HMRC would send the case to Tribunal, but under the new system you are responsible for sending the appeal to the Tribunal service. This is called ‘direct lodgement’. You can send your appeal to the Tribunal using form SSCS5. You must include a copy of the mandatory reconsideration notice that you received from HMRC (you should have received two copies). The Tribunal service publish a booklet to help you fill in the form.

What is the appeals process for decisions made before 6 April 2014?

For decisions made prior to 6 April 2014, you should send an appeal letter or form to HMRC. You can write a letter, but this must include the same information you are asked to give on the official appeal form.

You must appeal within 30 days of the date on the tax credits decision notice (normally your award notice, but if you are refused tax credits it may be a letter). Late appeals are possible, as long as they are made within an absolute deadline of 13 months from the date on this award notice or letter. If your appeal is late, you must also include an explanation as to why it was not made in time. If HMRC object to your appeal because it is late, the tribunal will make the final decision whether to hear your case.

If you are challenging a decision on a joint claim, you and your partner (or either one of you) can make the appeal. If just one partner appeals, the other still has the right to attend the tribunal hearing, and should also be sent copies of the appeal papers.

Do I have to repay the debt during my appeal?

As soon as you submit your mandatory reconsideration request, HMRC should suspend recovery of the debt. Only if you settle your appeal, withdraw your appeal or your appeal is heard by a Tribunal will the debt start being recovered again.

If you are disputing, rather than appealing, then HMRC will not suspend recovery and you will need to make an arrangement to repay. See our overpayment secton for more information.

What happens if HMRC have made a mistake?

Some tax credit decisions can be looked at again, even though the 13-month deadline for appealing has passed. This can happen in cases where the Tax Credit Office admits to having made a mistake and agrees to simply correct it and change the decision in your favour, without your having to formally appeal. This can happen up to five years from the date when the decision was made so long as you did not materially contribute to the mistake. This is called ‘official error’. You can find out more on our website for advisers.

Can I withdraw my appeal?

You can withdraw your appeal if you decide you do not wish to go ahead with it. If HMRC object to your doing this, they must write to you within 30 days. If they do not do this, your appeal is treated as withdrawn.

Should I take legal advice?

Although appeal tribunals are less formal than going to court, you should still get advice about preparing your case. Check GOV.UK's Legal Adviser Finder for any local ‘welfare benefits’ advice agencies that might be able to help you. Some agencies may also be able to represent you at an appeal hearing.

This page gives a brief overview of the appeals process for tax credit decisions. For more detailed information, visit the following pages on our website for advisers: