The Loan Charge and Taxpayer Fairness All Party Parliamentary Group (APPG) has launched a call for evidence to establish the reality of the situation for all those impacted by the Loan Charge. Here we tell you about it and also what else is going on with the Loan Charge. 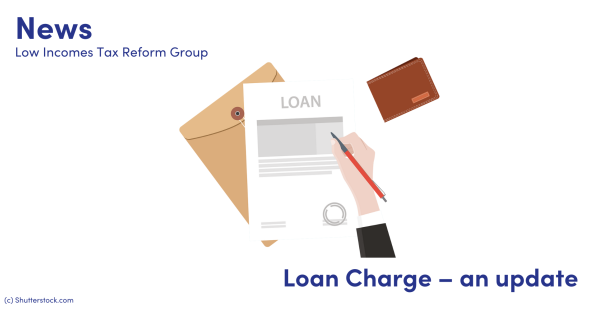 If you have been affected by the Loan Charge, whether you have settled to avoid it or face paying the it, you can tell a cross-party group of MPs about your experiences.

Submissions can be completed by anyone who has been personally impacted by the Loan Charge and the deadline is Friday 8th April 2022. The instructions for submitting evidence are available here.

The APPG will use the submissions to understand the current reality of the Loan Charge and will share the findings.

The call for evidence has been issued as the APPG say there are a number of key facts that haven’t yet been established. The APPG recently wrote to First Permanent Secretary and Chief Executive of HMRC, Jim Harra, asking 12 key questions, that thus far the HMRC and Treasury have not answered.

It also follows the proposal made by some tax professionals for a fair resolution to draw a line under the whole issue.

What else is going on with the Loan Charge?

As set out in our Autumn 2021 Budget Representation, we understand that a significant number of people, still have not met their Loan Charge reporting and paying obligations.

Our Budget Representation request to pause and review the Loan Charge was not accepted by Government. As such, over the coming months, we expect to see:

If you receive a determination or an enquiry letter, we set out some information to help you understand what the situation is and what you need to do in our previous article.

For enquires that have already been opened, we would expect to see:

To find out more about HMRC’s processes once an enquiry in opened and what to do if you receive a closure notice, see our previous article.

If you receive an information request and do not know how to respond, please don’t ignore it – instead we recommend you seek some professional advice. If you are on a low income, the charity TaxAid may be able to help.

For those who have reported the Loan Charge correctly, but have not paid it or reached an agreement with HMRC about paying it, we would expect to see some Debt Management (DM) home visits. These should be from an HMRC staff member and not a debt collection agency.

To discuss your debt and/or payment options you can afford and to prevent a DM visit, call the HMRC dedicated number for taxpayers that have a Loan Charge debt: 0300 322 7857.

We are aware that some people are still receiving loan demands from certain companies asking them to repay loans which they have already settled the tax on or paid the Loan Charge to HMRC.

For the official government guidance on repaying a disguised remuneration loan to a third party, go to GOV.UK.

Our article, recapping on what you need to do to protect yourself from a loan demand can be found on our website.