Universal credit (UC) is gradually replacing working tax credit and child tax credit as well as a number of other means-tested benefits. This page explains how tax credits are affected by the introduction of UC. 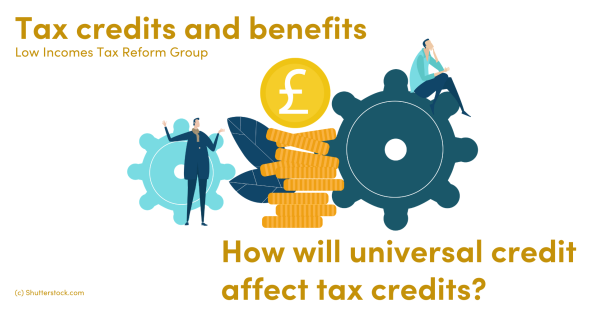 When does universal credit start?

Universal credit was introduced in April 2013 in a small number of pilot areas. To start with, only people with straightforward circumstances living in selected postcodes were able to claim.

Since December 2018, UC has been available in all parts of the UK.

As a result, HMRC state it is no longer possible for most people to make a new claim for tax credits (there is an exception for people who are frontier workers). Existing tax credit claimants can continue with their tax credit claims and will not be affected for the time being unless:

See below for more information about when existing tax credit claimants will be moved to UC.

Can I claim tax credits and universal credit together?

I claim tax credits now – does universal credit affect me?

Most existing tax credit claimants are not affected by the introduction of universal credit for the time being. From July 2019, DWP and HMRC started testing the migration process (called ’Move to UC’) that they will use to move people from tax credits to universal credit. This test period was scheduled to last until July 2020 but it was suspended from March 2020 due to the impacts of the coronavirus outbreak in the UK. It was planned to move the majority of other tax credit claimants to UC between November 2020 and September 2024. However, the Move to UC programme is currently on hold due to the coronavirus pandemic. It is not clear whether these timescales will change.

It is expected that managed migration (‘move to UC’) will involve DWP writing to existing tax credit claimants asking them to make a claim for universal credit by a certain deadline date. If they do not, the tax credit claim will end the day before the deadline date. Those who are moved to universal credit through this managed migration process may receive transitional protection if the amount of UC they are entitled to is less than the total of their legacy benefits at the point they are moved over – which is the Government’s way of ensuring there are no cash losers at the point of change without a change of circumstances.

The only way you will move to universal credit before the managed exercise begins is if:

What if I want to make a new claim for tax credits?

Similarly, if you are renewing your tax credit claim, that does not count as a brand new claim. Also, if you receive working tax credit which ends and you receive a four-week run-on payment, if you start work again or increase your working hours during that four-week period your entitlement to WTC should continue.

Broadly speaking, from 27 January 2021, HMRC state that the only people who can make brand new claims for tax credits frontier workers.

Frontier workers are people who are ‘in Great Britain’ (under Section 4(1)(c) Welfare Reform Act 2012) or ‘in Northern Ireland’ (under Article 9(1)(c) of Welfare Reform (Northern Ireland) Order 2015) but do not reside in either GB or NI. Crown servants or members of HM Forces who are posted overseas (as defined under the UC Regulations 2013).

⚠️ Note: The legislation which gives effect to these rules about new tax credit claims is not clear. One interpretationof the current legislation is that some other people may be able to make new claims for tax credits. We have written some guidance for advisers on our specialist website which provides further information about this – however, it is extremely complex and should not be followed without speaking to a welfare rights specialist.

This page gives a very brief overview of the situation regarding universal credit and tax credits. For more information, please visit the following pages:

Who can make a claim for universal credit?