If you want to know more about UC and how it affects tax credit claimants – see our universal credit section. 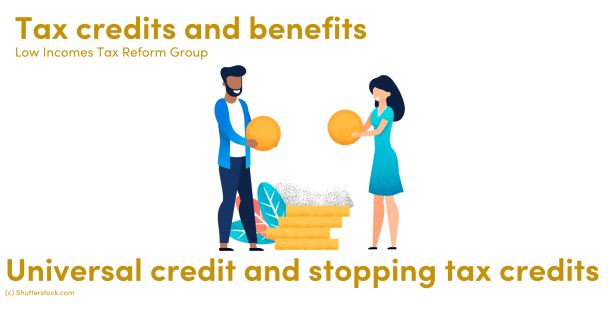 Our understanding is that existing tax credit claimants will move to either universal credit or pension credit. The move to UC is expected to be complete by the end of 2024. See our tax credits and universal credit page for more details

What is in-year finalisation?

In cases where tax credits stopped during the tax year just ended, there will be no renewal claim and HMRC just need the person to finalise their claim for that year. For people who make a claim for universal credit, HMRC have a separate process called ‘in-year finalisation’. It is slightly different to the usual end of year process because it calculates tax credit entitlement for a part-year and uses part-year income figures.

As soon as HMRC are notified by DWP that you have claimed universal credit, they will begin the in-year finalisation process by sending you out a review pack. They will then gather the information and finalise your tax credits claim straight away, rather than waiting until after the tax year ends.

Tina and John claim tax credits for the 2021/22 tax year. They separate in October 2021. HMRC will end their joint tax credit award in October 2021 and payments will stop. However, after April 2022, Tina and John will each receive a pack asking them to confirm their income for the whole 2021/22 tax year in order to finalise their claim for the period April 2021 to October 2021. Once they have each sent this back, HMRC will send out a finalised award notice. This may happen anytime from May 2022 to August 2022 (or later if the case is checked more closely by HMRC).

Martina is a single parent claiming tax credits. On 1 October 2022 she moves in with her new partner Patrick who is already claiming universal credit, so she makes a joint universal credit claim with him. Martina tells HMRC on the day she moves in with Patrick. Her tax credit single claim is stopped on 30 September 2022. On 28 October 2022, HMRC send out a review pack to Martine asking her to complete her income information for the period 6 April to 30 September 2022. Martine returns the form and in November 2022, HMRC issue a final award notice showing Martine’s entitlement for the period 6 April 2022 to 30 September 2022. Under the normal end of year finalisation process, Martine would not receive that notice until Summer 2023 at the earliest.

What do I need to do if I receive a review pack?

HMRC will send out letters and information packs to claimants who need to finalise in-year. The pack will include a ‘review’ notice setting out the award details that HMRC have on their records which need to be checked. If your claim is being auto-finalised, the notice will explain that you don’t need to contact HMRC unless the information is incorrect or out of date. Otherwise, you will need to complete the declaration to confirm your household circumstances and provide your in-year income figure. If you are self-employed, you may need to estimate your part-year profits.

It is important you return the form by the date given on the pack.

How does in-year finalisation work?

The in-year finalisation process is trying to establish your actual income received in the shortened award period (see below for if you have income from self-employment as the rules are slightly different). This is different from how your award will have been finalised in earlier years under the normal end of year finalisation processes and it is likely to be different to the way your initial award was calculated for the current tax year. HMRC then match the part-year figure with the way they calculate awards, so they adjust the part-year income to an annual figure and then re-calculate the income and award for the part-year period. It means that you could end up with an overpayment or underpayment due to the way the in-year process works even though you may have kept HMRC up to date with your income figures.

These two examples show how the current end of year finalisation process works:

The next example shows how Justine’s claim will be finalised under in-year finalisation if we change things and assume they need to make a claim to universal credit in the tax year 2022/23 (ie the same year that Justine had been claiming tax credits).

Justine’s single tax credit claim will end from 30 November 2022. As soon as HMRC receive a notification from DWP that she has claimed universal credit (with David), HMRC will either ask Justine to provide them with her employment income figure from 6 April to 30 November 2022 or they will use income data obtained through the RTI (Real Time Information) tax system.

The cause of Justine’s overpayment in Part 2 of this example is the way the in-year finalisation process works. It assumes that Justine’s income is even throughout the year, and that she will receive a bonus in the second part of the year when in fact she doesn’t. This means that despite Justine doing everything right with regards to keeping HMRC updated, she has an overpayment of £304 because of the change in rules between the rules used to set the initial award (and what would have been used under the old end of year finalisation process) and the new in-year finalisation.

In some cases, where someone’s income is lower in the first part of the year, for example if they are on maternity leave in the early part of the year before moving to universal credit, they may end up with an underpayment of tax credits due to this process.

How do I calculate my income for in-year finalisation?

If you are employed, it is likely that HMRC will use the earnings information they receive from your employer. They will use the actual earnings you have received in the part-year award period (that is, from the start of your award to the date that the award ends). The review pack from HMRC may ask you to check the figure or it may ask you to provide the figure yourself.

You should add up any pension; investment; property; foreign; notional income that you received in the part-year award period and tell HMRC about anything that is over £300.

If you have any social security income or student income you need to tell HMRC about the actual amounts you have received in the part-year award period:

You can deduct contributions to approved pension schemes that you have actually paid in the part-year award period and authorised gift aid payments that you have paid in the part-year award period. For example, if you claim tax credits between 6 April 2022 and 30 November 2022 and then claim UC from 1 December 2022 – you can only deduct any pension contributions you actually paid between 6 April 2022 and 30 November 2022 when working out your income for tax credits. Any pension contributions paid from 1 December 2022 should be taken into account by DWP when calculating universal credit.

How do I calculate my income if I am self-employed?

HMRC will therefore rely on a reasonable estimate of taxable profits for the basis period that ends in the tax year that you move to UC. Most tax credit claimants have a basis period that is the same as the tax year (6 April to 5 April). HMRC have some good guidance notes for self-employed claimants on how to do this with step-by-step instructions. These can be found on Page 11 of the TC603URD notes. Although those notes refer to income for an accounting period, which in most cases is the same as a person’s basis period, that is not always the case. Estimated or actual taxable profits for the basis period is the correct figure. HMRC have produced a calculator to help work out your part-year profits if you are self-employed.

You can read more about the detail of in-year finalisation for the self-employed on our website for advisers, Revenuebenefits.