Your options if you missed the 30 September loan charge deadline

30 September was the deadline by which those affected by the loan charge had to either agree a settlement with HMRC or report the loan charge on their tax return and pay the tax due (or arrange a payment plan). If you missed the deadline, all is not necessarily lost but you should seek help quickly.

Last month, we issued a press release calling on HMRC to use their powers to treat certain people sympathetically where they missed the 30 September 2020 deadline.

Here we explain what powers HMRC have in relation to the 30 September deadline. 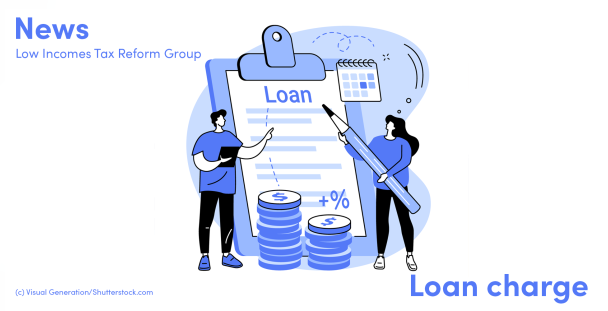 If you were in the settlement process

HMRC’s updated guidance states that they are using their discretion on a case-by-case basis, to extend the 30 September settlement deadline if someone was unable to reach a settlement agreement due to exceptional reasons beyond their control, for example being in hospital. They also say that they are taking a ‘pragmatic approach’ to things like administrative errors.

If you had been engaging with HMRC, your settlement was in progress and think HMRC should allow your settlement to be finalised, but they do not agree, then although there is no formal right of appeal to their decision, there may be other options, for example, a complaint or judicial review.

If you needed to pay the loan charge

If you missed the 30 September 2020 deadline for reporting and paying the loan charge (or agreeing a payment plan), you may now face penalties and interest for late filing and payment, on top of what you owe to HMRC by way of the loan charge.

⚠️ It goes without saying that you should try to fulfil your obligations as soon as possible in order that late filing and payment penalties and interest can be minimised.

The late filing and late payment penalty regimes are described on our Tax penalties page.

The original 2018/19 tax return filing and payment deadline was 31 January 2020. This was essentially deferred to 30 September 2020 following the outcome of the Morse review. Although the strict legal deadline remained 31 January 2020, HMRC said they would waive any interest and penalties – on the proviso a 2018/19 tax return which included full and accurate details of loans subject to the loan charge was subsequently filed and payment of the tax was made (or a payment plan agreed), by 30 September 2020.

This means that, if you were already in self-assessment (and were initially expecting to have to complete and file a 2018/19 tax return by 31 January 2020), but then went on to miss the extended 30 September 2020 deadline for whatever reason – late filing and payment penalties will be charged as if the 31 January 2020 original deadline was not met (that is, from 1 February 2020) – meaning your tax return and payment etc. are already over nine months late.

In recognition of the exceptionally difficult circumstances many taxpayers have faced due to the impact of the COVID-19 pandemic, HMRC have recently said they are not issuing daily penalties for late filed 2018/19 tax returns. However, the mandatory 6-month and 12-month penalties will apply for late filed 2018/19 tax returns as normal. This means that someone who did not file their 2018/19 tax return by the extended 30 September 2020 deadline will not only have received a £100 late filing penalty but will also have incurred a 6-month late filing penalty.

The amount of the 6-month late filing penalty will be the greater of £300 or 5% of the tax liability which would have been shown to be due if an accurate tax return had been filed on time. They will incur a further penalty of the same amount if they don’t file their 2018/19 return by 31 January 2021 (the 12-month penalty).

People who only received a notice to file July 2020

For people who only received HMRC's notice to file a 2018/19 tax return in July 2020, their statutory filing deadline was three months after the notice to file was issued, which will have been around 30 September 2020. (This notice will have gone out to people that HMRC identified as potentially needing to file a tax return including the loan charge, but who weren’t already in the self-assessment system.)

The usual late payment penalties will however be chargeable, remembering that strictly, the tax payment deadline of 31 January 2020 does not change regardless of when a notice to file is issued (except for the instance of the extended 30 September deadline, which has now been missed anyway).

It is unclear what HMRC's position is in relation to failure to notify penalties for these people, given that strictly, there was an obligation on them to notify HMRC of their need to file a 2018/19 tax return by 5 October 2019 (that is, before they received the notice to file).

However, if a failure to notify penalty is charged, it can be reduced by the amount of any other penalty charged (to the extent the amount is determined by reference to the same tax liability). This basically means that HMRC won't seek to levy multiple tax-geared penalties on the same tax. (Note, some late filing penalties are not tax geared, which is why both late filing and late payment penalties can be charged.)

If you did not pay what you owe for 2018/19 on time (or make a payment plan) by 30 September 2020, even if you can avoid any late payment penalties (because you have a 'reasonable excuse', for example), you may still have to pay late payment interest.

Again, it will be calculated from 1 February 2020 rather than 1 October 2020, regardless of whether you were already in self-assessment or whether you received a notice to file from HMRC in July.

You can find the late payment interest rates on GOV.UK.

Although you may have noticed that HMRC were given the ability to continue to dis-apply interest until a later date for certain groups of people, as set out in the legislation here (at section 18 (5)), this was only intended for use in case COVID 19 caused a national emergency in the immediate run up to the September 2020 deadline. To date no regulations have been laid to extend the interest waiver, and none are expected to be.

HMRC have said that they will set out how they will operate their discretion to accept late elections in guidance to be issued shortly. They have said they will automatically accept any late elections without the need to provide any further information, until the guidance has been published. Although it is possible that HMRC may ultimately take issue with a late spreading election in certain circumstances, taxpayers that submit late elections, should only include a third of their loan charge income on their 2018/19 self-assessment tax return for now (although still need to give full loan information in the loan charge reporting form – see below).

One reason for considering making a spreading election, if you have not done so before, is that doing this could help limit the amount of interest and penalties due for the late filing of the 2018/19 tax return, as some are based on how much the tax liability is for the year in question.

HMRC request that the spreading election is made via the loan charge reporting form (the form that you must complete to give full loan information, which was also due 30 September 2020). Even if you do not want to make the spreading election, you must still complete the form if you haven’t already reported your loan amounts. Although there are separate potential penalties for late submission of the loan information via the form, it is our understanding that penalties are unlikely to be charged, even now, so you should not be put off submitting it.

Those who have previously completed the loan charge reporting form (before the form/the deadline were altered, following the outcome of the Morse review), do not need to amend it even though their loan charge liability may have ultimately changed, unless they want to make the spreading election.

How to get help

To read about the support HMRC can provide to taxpayers in difficulty, see their briefing.

If you need to agree a Time To Pay arrangement with HMRC, call the loan charge helpline on 03000 599110 to discuss payment.

If you need help dealing with HMRC (in terms of asking them to use their reasonable excuse powers, for example) or need to file a late 2018/19 tax return containing the loan charge or simply need advice on what to do to regularise your situation, then you could consult a professional tax adviser who may be able to assist you and could lead any discussions with HMRC on your behalf. You can find one by using the Chartered Institute of Taxation’s Find a CTA tool or, if you are on a low income, by getting in touch with TaxAid.