If you are employed and you now need to claim universal credit (UC) due to a reduction in your income, perhaps because your hours have been reduced or you are coming off furlough, you should be aware of how pay information is used for UC purposes and how this may affect the payments you receive. 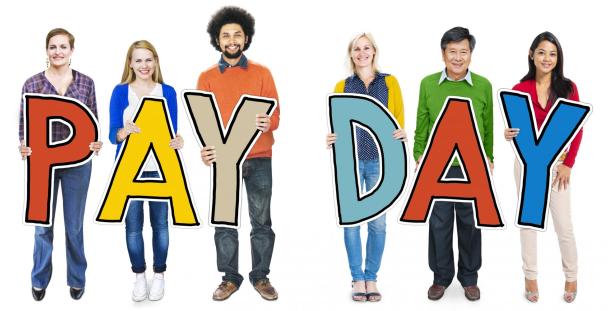 For most employees 'net pay' is the same as 'take home' pay (so pay after deductions for tax and national insurance, and pension contributions if they are due). The Department for Work and Pensions (DWP) administer UC and they obtain details from HM Revenue and Customs (HMRC) of your net pay in an assessment period where possible. The information is taken from the ‘RTI’ (Real Time Information) return that your employer must submit to HMRC each time you are paid. This contains relevant details about your earnings so that your net pay can be calculated.

How does DWP allocate wages into assessment periods for UC?

The general rule is that DWP use the date they receive the wages information from HMRC to determine which assessment period the wages fall into. In practice, this is likely to be determined by a combination of the date and time your employer submits the RTI information to HMRC and the date they enter in the payment date box on their RTI submission.

For example, if Sarah’s contractual pay day is 16th of the month and her assessment period is from 25 May to 24 June, when she is paid on 16 June, provided her employer sends their RTI submission showing the payment date as the 16 June to HMRC before 9pm that day, DWP will receive her pay information on 16 June and use that when they calculate her UC for her May/June assessment period.

Adjustments can sometimes be made to the net pay figure reported by your employer to arrive at the ‘employed earnings’ figure required for UC purposes. This is explained in more detail on our sister website for advisers, Revenuebenefits.

If you are paid weekly, then you should be aware that some assessment periods are likely to have 4 weeks net pay in them and some will have 5 weeks net pay in them. This means that your monthly UC payment will vary from time to time according to whether there are 4 or 5 wage payments in the assessment period. You may need to take care to budget for these peaks and troughs in the payment cycle, so you know what to expect each time your UC is due. Similarly, if you are paid 4 weekly, there will occasionally be an assessment period into which 2 wage payments fall.

There is further information about this on GOV.UK.

If you are paid monthly, then one month’s net pay should fall into each assessment period, and your UC payments should not vary significantly from month to month if your net pay remains broadly the same. However, there are some situations where this might not be the case which are explained below.

What if I am paid on a different day to my usual pay day – how does that affect my UC?

In these times of uncertainty there could be a greater chance that there might be variations to your pay date, for example, you work for a small company and there is no-one to process the payroll on time due to sickness (in which case you may get paid late), if your payroll department decides to process the workforce pay earlier than usual just in case they get ill and have to be away from work on the normal pay day, or maybe your employer has had to furlough payroll staff and so the processing of wages has become more irregular.

Example: Suppose Sarah above is monthly paid, usually on 28th of the month. She received her usual net pay on her normal payday of 28 April but then her employer had to temporarily close the business in May as work completely dried up. Because of the business closure, the May wages were paid on 15 May, the last day of normal working. Therefore, Sarah received two wage payments (on 25 April and 15 May) in the same assessment period (25 April to 24 May) instead of the usual one month’s pay.

These ‘double payments’ often do not come to light until a UC award has been substantially reduced as a consequence of two wage payments falling into one assessment period, and so are not so easy to plan for.

They can also happen where an employer pays early because the usual pay date falls on a weekend or bank holiday, or where there may be an extended break such as Christmas or Easter.

There is guidance from HMRC for employers who need to pay either early or late which advises the employer to enter the normal contractual pay day in their RTI submission to HMRC, irrespective of whether that was actually the date they paid the wages. If employers follow this guidance, then this should ensure that two sets of wages do not fall into the same assessment period when wages are paid early. Unfortunately, this guidance does not seem to be very well known among many employers and so often the actual date the wages are paid is often used by the employer in their RTI submission, potentially giving rise to the ‘two wages in one assessment period’ issue.

In Sarah’s case, if her employer followed the HMRC guidance then their May RTI submission would show a normal payday date of 28 May even though it was actually paid to Sarah on 15 May. DWP would then allocate it to the assessment period based on the date of 28 May and so it will go into the next assessment period, 25 May to 24 June, and so not disturb Sarah’s regular UC payments.

However, the HMRC guidance does not resolve the problem if wages are paid late, unless the RTI submission is made before the normal payday by the employer. So, this means that unfortunately, if an employer pays late AND doesn’t file the RTI submission until the wages are paid, the allocation of two wage payments to one assessment period cannot initially be avoided, even if HMRC’s guidance is followed.

Therefore, if you receive pay earlier or later than your normal pay date over these coming months and it is near to the end of your UC assessment period you need to be aware that this might impact on your next UC payment. If this does happen, it is worth bearing in mind that although it looks to DWP that you have had two sets of pay in one assessment period, it may well also be the case that it will look as though you have had none in the next assessment period (if you are paid on your normal contractual pay day in the following month) and you should then get a higher UC award as no pay will be taken into account in that assessment period. Depending on your circumstances, you may be better or worse off overall where this happens.

How can I challenge a decision to include two wage payments in one assessment period?

If you want to challenge the decision on a UC award, you may need to ask for a Mandatory Reconsideration and be prepared to appeal the award. You should read the information provided by CPAG which explains about a recent legal case on this issue which was successful in the Court of Appeal earlier this month. The Court decided that there is no justification for treating employees with monthly paid earnings, who happen to have a pay day which is on or around their UC assessment period start and end dates, less favourably than those who don’t have such a clash and so experience no fluctuation in their UC payments.

The DWP have issued a statement confirming that they will not appeal the Court’s decision. However, it may take some time for any changes to be made to the system. In the meantime, CPAG explain on their website what grounds you need to use in a mandatory reconsideration if your case is one where your monthly pay dates clash with the end of your assessment period.

If you have experienced this problem for another reason, for example because you are weekly, fortnightly or four-weekly paid, then you can still ask for a mandatory reconsideration but you may need to get some specialist advice on the issue as it is not clear whether this decision will help you.

We explained above that although generally DWP allocate wages to assessment periods based on when they receive the information from HMRC, there are some exceptions to this rule. We explain these exceptions in more detail on our website for advisers, Revenuebenefits. It is not clear how these exceptions work in practice, but they do allow DWP to treat a payment of earnings received in one assessment as received in a later assessment period. These rules are something you may want to refer to in a mandatory reconsideration.

Can I change my assessment period?

I have been paid on time but my UC award still seems to be wrong – why could that be?

If you are paid on time (for example your usual pay date is the 28th of each month and you receive your wages on the 28th) but still think the wrong amount of earnings has been taken into account in an assessment period, this is likely to be because either

a) the employer sent in their RTI return late (or after 9.00pm on that date) or

b) there is a discrepancy between the figures reported and what was actually paid.

In the first instance, you should contact the UC Service Centre either online or on 0800 328 5644 to dispute your UC calculation. This should then establish whether your situation falls under (a) or (b) above.

If your situation falls under (a) above, then the universal credit regulations provide for DWP to take account of earnings data in a different assessment period where information is not provided in a timely manner, however it is not clear how DWP are applying this regulation. We explain this in more detail on our website for advisers, Revenuebenefits.

If your situation falls under (b) above, if you can provide proof of when/what you were actually paid, e.g. payslips or bank statements, you must let DWP know. If necessary, you should ask for your case to be escalated. This should hopefully result in someone from DWP or HMRC looking in detail at your situation and your RTI pay and tax records and potentially contacting the employer to clarify issues on the earnings reported, if necessary.

Our understanding is that this escalation route is outside the formal appeal process so you may want to request a Mandatory Reconsideration at the same time to ensure you are within the relevant time limits to challenge the UC decision officially. If you are not satisfied with the outcome, of the Mandatory Reconsideration, you can then an appeal to an independent Tribunal. You may need to speak to a welfare rights adviser, such as Citizens Advice, for help with this.