Agency workers: being promised the world by an umbrella company? Don't fall for it!

Entering into an arrangement where you are paid in the form of artificial 'non-taxable' investment payments, grants, loans, credits and so on, is very likely to be tax avoidance and is extremely high risk – you could end up paying far more than just the tax back to HMRC. 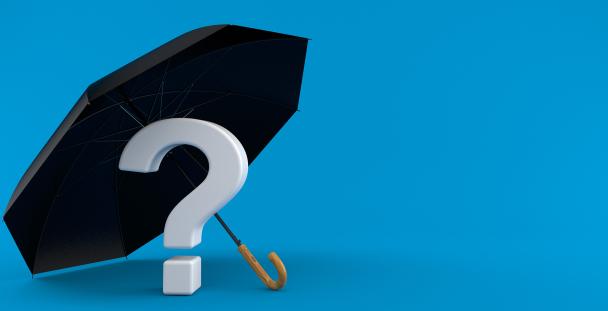 HMRC's Spotlight 54 got a lot of attention recently as it highlighted the surge in tax avoidance promoters targeting those returning to work in the NHS to fight the COVID-19 pandemic – a very sensitive and topical subject.

But the main problem here, as we understand it, is one of agency workers (of which there are many in the NHS, including administrators, cleaners etc. as well as clinicians) being paid through unscrupulous and non-compliant umbrella companies – which is actually a long-standing issue which goes far wider than just NHS workers.

Here we look at the problem in more detail.

What is an umbrella company?

Umbrella companies act as the employer of agency workers.

Agencies like finding people work assignments, they don't like having to do all the HR/payroll stuff for those on their books, so they essentially outsource it to umbrellas.

When umbrellas take on agency workers, they should be passed an amount from the agency (which has received the money from the end client), to pay the worker at the agreed rate, pay all the 'on top' employment costs (such as Employer NIC and holiday pay) and take a small margin (fee) for their services.

What is the problem with umbrella companies?

Often nothing – many umbrella companies act within the law and take the welfare of their workers very seriously.

We outline how a compliant umbrella company should work in our factsheet. (The key things to look out for are that you are given employee rights and that all your pay (excluding, perhaps, some mileage expenses in a few cases) has PAYE operated on it by the umbrella company.)

But there are a huge number of umbrella companies out there and so the marketplace is very competitive. There is often only a small margin between the money that is received by an umbrella company and the amount that they pay the worker, from which to fund all the costs of employment and to take their fee. Anything that they can do to reduce the costs of employment means that 1) they become more profitable or 2) they become more competitive (as tax ‘efficiency’ throughout the supply chain means that contracts can be negotiated at lower prices, thus benefiting the hirer in the form of cheaper labour – and the consumer in the form of cheaper products and services).

Historically umbrellas used to be able to make legitimate savings by using things like travel and subsistence schemes, under which umbrella companies designated some of their workers’ pay as tax and NIC free reimbursed travel expenses (which reduced their employer NIC). But most of these opportunities have been closed down by changes to the law.

These two things, along with the fact that there is no single body in charge of regulating or overseeing umbrellas, make poor practice by some, all too common.

Why is the umbrella company offering to pay me in a non-taxable form?

Simple – because it saves money. They will often focus on the fact that it saves you money but remember – anything they can do to reduce employment costs increases their profitability too.

If an umbrella makes you a non-taxable payment – at the very least, there is no need for them to pay Employers NIC on it, which saves them 13.8%.

Some non-compliant umbrella companies simply frame things in terms of you receiving a specific amount of take home pay or a percentage – 78%, 80% etc. – meaning that they may make even more out of you being in such a scheme (as they can potentially keep the difference).

What does the law say?

Some non-compliant umbrellas major on the fact that the non-taxable payment isn't routed through a third party so therefore doesn’t fall foul of the special disguised remuneration rules.

(For anyone with a technical interest in the rules section 62 ITEPA 2003 is the main charging provision and defines “earnings” as:

Why are they selling these schemes if they probably don't work?

Often legislation can be open to interpretation. HMRC administer the tax law, they do not make it. While HMRC may issue descriptions of how they view the law and intend to apply particular legal provisions, taxpayers (including umbrella companies) are free to interpret the law in a different way.

So, in the case of an 'investment payment' paid directly from an umbrella company to a worker for example, the umbrella company may think that they have a good argument that it is not caught under the definition of earnings. HMRC may think that because it is a payment of money that stems from an employment, it is very clearly caught.

Ultimately, such different interpretations will only be resolved if they are tested in the courts, which then must interpret the words in the statute and decide what they mean.

It can take a very long time for cases to be heard in court, and (even if the case is bound to fail) in the meantime, there is a cash flow benefit for the umbrella company.

Furthermore, in the event that the case fails, even though the PAYE Regulations say that in most circumstances an employer should remain liable for the tax that should previously have been accounted for to HMRC, sometimes, HMRC pursue the worker instead.

This is because HMRC are sometimes not able to follow their own normal approach, as the company is based offshore or at the first sign of any trouble goes into liquidation, leaving the worker potentially liable for what is owed.

What is the risk to me?

We would have thought it very likely that a court would pay short shrift to an argument that something like an investment payment does not count as employment income (even if the umbrella company has a QC's opinion saying otherwise!) As stated above, where they win a case, HMRC can pursue workers for any tax that is owed.

Furthermore, where usage of certain schemes becomes widespread, rather than try and tackle schemes through the courts, HMRC can also ask the government to tighten up the legislation to address the tax loss. It is extremely important to note that this can be done with retroactive effect which is what happened with ‘disguised remuneration’ schemes and the loan charge.

The upshot is that if you use such a scheme, one way or another, you will likely end up with a bill for any back taxes owed, including interest on tax paid late and possibly a penalty. Remember that HMRC can often go back and look at your tax position for many years so it can be very, very expensive.

Having HMRC pursuing you for tax can be intrusive, lengthy and stressful and can have a devastating impact on you and your family.

If you need any further persuading, consider the fact that many umbrella company workers who used loan schemes in the past, are now having to deal with the ‘life-changing’ loan charge.

What should I look out for?

Some possible signs of tax avoidance in the context of schemes involving 'non-taxable' payments are:

We look at other types of non-compliant umbrella schemes currently in use in our website guidance.

We should reiterate that not all umbrella companies act non-compliantly, but you should ensure you check any arrangements carefully.

Should I get involved in these types of schemes?

No. We would strongly urge all agency workers – not just those returning to work for the NHS - to be careful not to sign up to these schemes.

If you have already got involved – then again, we would strongly urge you to get out. Take advice from a professional tax adviser – or if you can't afford one, TaxAid.