Clamping down on the promoters of tax avoidance 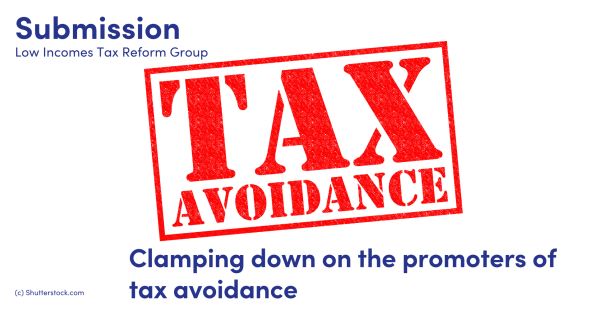 It is specifically seeking views on two proposals that would (1) ensure taxpayers were aware that HMRC were looking into a specific scheme or promoter and (2) enable HMRC to publicly challenge misleading information provided by a promoter.

These proposals are bolted on to a regime that was designed to tackle traditional tax avoidance, where people may have been ‘in the market’ for a scheme to gain an advantage. The ‘disguised remuneration’ arrangements that LITRG see today are no longer always, or mainly, an issue of traditional tax avoidance but often more about exploitation of the economics of supply chains and the nature and scale of the temporary worker labour market. Indeed, it would appear that workers are increasingly, being paid via DR schemes with no understanding at all of the set-up - for the non-compliant umbrella companies own gains.

Naming promoters, the websites they use and the schemes they promote at the earliest possible stage, so that HMRC could share that information publicly to warn taxpayers of the risks, will do nothing to assist those who are being paid via DR unknowingly. They will also do nothing for those who may have little choice to be paid by a non-compliant umbrella company if they want the work.

HMRC need to put aside their assumptions, try to understand exactly what it is currently happening before them and design a full response accordingly. In summary, HMRC must properly understand the current nature and usage of DR schemes in order to be able to effectively address it.

You can find our response here.