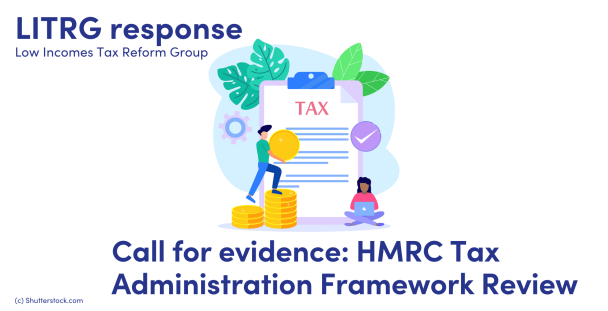 LITRG’s 60 page response to the call for evidence:

Before setting out answers the specific questions in the call for evidence, the response highlights some general themes:

In terms of priority, we also set out points which are key to any significant reforms in tax administration:

The call for evidence document can be found on GOV.UK.

The full LITRG response can be read here.