If you are non-domiciled and the remittance basis of taxation applies, you need to understand what a remittance is. 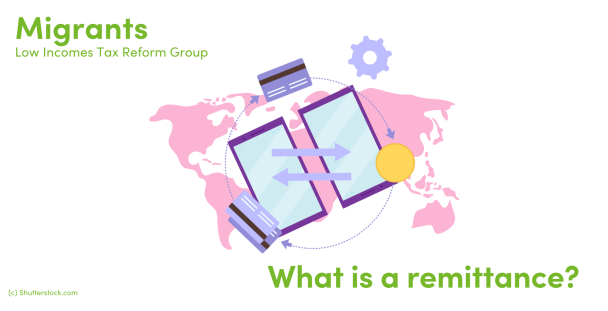 There is more information about remittances in part 9 of HM Revenue & Customs’ (HMRC) guidance booklet RDR1, which you can find on GOV.UK.

In broad terms, there is a remittance if you have foreign income or proceeds from foreign gains and you bring them directly or indirectly to the UK so that you (or a ‘relevant person') can enjoy the benefit of the income or gains in the UK.

There is also a remittance if you receive a service in the UK and pay for the service using income or proceeds from gains that arose outside of the UK. If you buy an asset in the UK and pay for it using foreign income or gains, that is a remittance. If you purchase an asset overseas using foreign income or gains, and you then bring that asset to the UK, for example, a car or luxury goods, this is normally a remittance (although there are some exceptions, which are detailed below).

If you give money to someone else who then uses that money to buy goods and services in the UK for you or a relevant person, that is also a remittance.

Who is a ‘relevant person’?

A ‘relevant person’ includes you, a husband or wife, civil partner, cohabitee and children or grandchildren aged under 18. A relevant person can also be a trustee or a company.

Robert has come to the UK from Romania to work in a bank in London. His only UK income is from the bank that employs him. He also has a bank account in Romania. This account contains the profits from his rental property in Romania.

One day, Robert uses his Romanian debit card to draw out £50 from his Romanian bank account from a cash machine in London. Robert has made a remittance of £50 of his Romanian rental income.

Anthony uses a builder to build an extension to his UK property. He pays for it using money in his Spanish bank account that is there from the sale of a Spanish investment property, making a direct transfer from the Spanish account to the builder’s account. Although Anthony has not remitted any money directly, a service has been provided in the UK for a relevant person (that is, himself) using proceeds from a foreign gain. A remittance of a foreign gain has therefore taken place.

What types of remittance are exempt from UK tax?

Some items that have been bought with foreign income or gains may be brought into the UK without incurring a tax charge, including:

You can find detailed information on the exemptions in HMRC’s guidance on GOV.UK.

How do I know what income or gains I have remitted?

If you make a remittance to the UK from a bank account that contains income from more than one source, then some ordering rules are involved. This may be disadvantageous to you as you may be deemed to have remitted money which incurs an unnecessary tax charge rather than money which could be freely remitted.

If you do need to make remittances, you should keep different sources of money quite separate so that it is easy to identify what exactly has been brought into the UK. For example, in the case of Robert, he should establish separate accounts for his Romanian rental income and his UK employment income – if he wants to bring money to the UK, he can use his UK employment income as this has already been taxed in the UK and will not suffer any further tax as a result of bringing it in.

If you are entitled to overseas workday relief, you should consider opening a new bank account each tax year into which you only pay your employment income. This is known as a ‘qualifying account’ or a ‘special mixed fund’. The advantage of having such an account is that your remittances are easier to identify because they are all deemed to occur at the end of the year. This means that you do not need to identify the composition of the account, which will contain income for both UK and non-UK work duties, each time you make a remittance. You can find more details in these FAQs.

You should seek help from HMRC and/or a professional tax adviser about remittances. We tell you how you can find a tax adviser in our Getting Help section.

Where am I domiciled?