Where am I domiciled?

Working out which country you are domiciled in can be complicated and there are many factors which need to be considered. There are three main types of domicile: domicile of origin, domicile of dependence and domicile of choice. You may also be ‘deemed UK domiciled’, irrespective of your actual domicile. We explain each of these below. 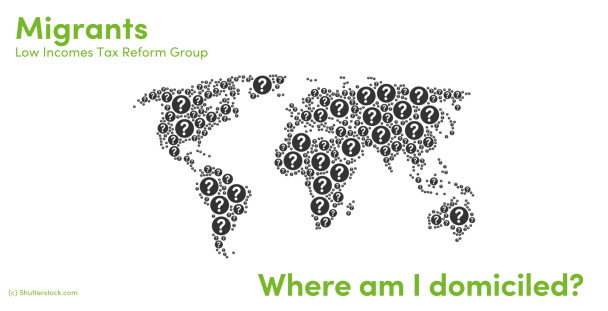 What is a domicile of origin?

You acquire a domicile of origin at birth. This is usually the same as the domicile of your father at that time, that is, the country that your father considered to be his permanent home at the date of your birth. As a result, your domicile may not be the country where you were born.

What is a domicile of dependence?

Until you reach the age of 16, your domicile follows that of the person on whom you are legally dependent – if that person changes their domicile (through choice) then yours will also change.

If you were married before 1 January 1974, the wife would automatically acquire the domicile of her husband.

What is a domicile of choice?

You will have to prove that you have chosen to live in the new country on a permanent basis and provide strong evidence of your intention to stay there permanently or indefinitely.

Factors such as your intentions (for example, where you intend to retire), your Will, your permanent place of residence, and your business, social and family commitments will be taken into consideration when looking at whether you have acquired a domicile of choice.

In most cases it will be fairly obvious what your domicile status is, but it can be very complex in some cases. If a lot of tax is at stake, you should seek professional help. We tell you how you can find a professional tax adviser in our Getting Help section.

What is deemed domicile?

With effect from 6 April 2017, HMRC treat some individuals who are not UK domiciled as if they are domiciled in the UK for income tax and capital gains tax purposes.

This affects you if:

The effect of being UK resident in a tax year and deemed domiciled in the UK for income tax and capital gains tax purposes is that you are chargeable to UK tax on your worldwide income and gains on the arising basis in the same way as individuals who are actually UK resident and UK domiciled.

If you think this might apply to you, you should seek professional help. We tell you how you can find a professional tax adviser in our Getting Help section.

How do I tell HMRC what my domicile status is?

In the UK, you self-assess your residence and domicile status.

As with residence, there is no formal process for agreeing your domicile status with HMRC, however if you are someone who is required to submit a tax return, you will need to complete the SA109 ‘Residence, remittance basis etc.’ supplementary pages if your domicile status is relevant to the entries on your tax return (for example, if you are claiming the remittance basis and have left out your foreign income and gains on the basis that they have not been remitted). This is then subject to potential enquiry by HMRC if they wish to challenge the position you have taken. Note that it is not currently possible to file the SA109 pages online using HMRC’s own filing portal. You will therefore need to file on paper (before an earlier deadline) or using commercial software. Alternatively, you can engage a tax adviser to file the return on your behalf.

How are foreign income and gains taxed?