Introduction to the tax system

Here, we briefly explain what tax is and who HM Revenue & Customs (HMRC) are. 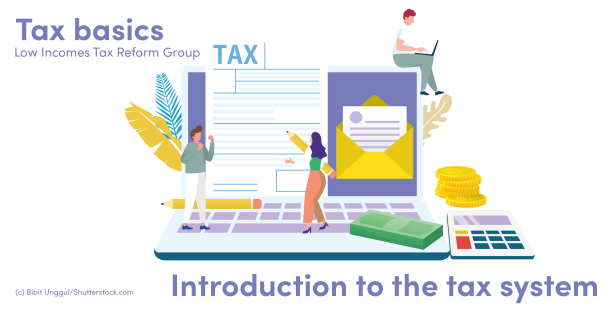 Tax is a ‘financial charge’ or deduction from something you get or own, or an additional cost added to something you buy. It is not a penalty or fine for doing something wrong. Normally, governments collect taxes so that there is a pot of money to spend for the benefit of society as a whole. This might be for law enforcement, including the police and courts, infrastructure, like roads and pathways, and administration.

The UK has many taxes. Some are known as ‘direct’ taxes if they are levied on the income or profits of the person who pays it, rather than on goods and services. The main example is income tax, which you can see being taken from your pay or have to pay direct to HMRC. Other direct taxes include corporation tax, capital gains tax and inheritance tax.

There are also ‘indirect’ taxes, which are levied on goods and services. The most well-known example of an indirect tax is value added tax (VAT). This is less obvious than a direct tax as it is included in the price of things that you buy.

National Insurance is not strictly a tax. It was originally a contributions-based system of insurance for support from the government in times of need such as ill-health, disability or retirement, paid by workers and employers. The link between individual contributions and benefits has gradually weakened, but the number of years for which you make National Insurance contributions still affects some welfare benefits, including your entitlement to the state pension.

HMRC are the UK tax authority. They are responsible for collecting and managing most UK taxes. They also interact with other government organisations – for example, they collect most student loan repayments. These are not a tax; they are repayments towards money that students have borrowed in the past. However, because they are calculated as a deduction from income, the tax system is a convenient way to collect them.

What is the HMRC Charter?

You can find HMRC’s Charter on GOV.UK. The charter, which was re-written in November 2020, sets out the standards of behaviour and values that HMRC should aspire to in their dealings with people and businesses using their services.

HMRC also have a Personal Information Charter, which explains what personal information they can collect about you, how they may collect the information and what they use it for.

You can find out more information about what HMRC do and their responsibilities on GOV.UK.

How is my tax collected?

How do I claim tax back?