Time to get your tax affairs in order

If you have been affected by the coronavirus, HM Revenue & Customs (HMRC) have relaxed their time limits for you to challenge decisions made by them, including appealing against penalty assessments. So dig out those letters from the taxman that you were trying to ignore – and take action. 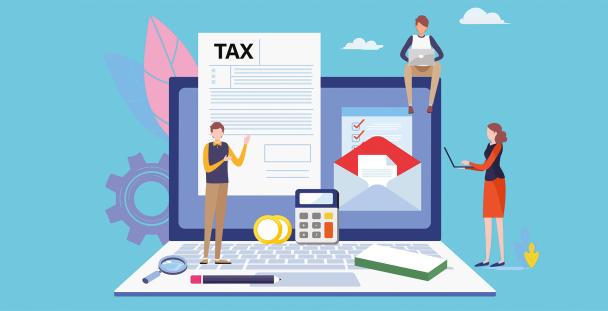 What are the normal time limits?

Normally if you receive a ‘decision’ from HMRC, you have to appeal against it – in other words tell them you don’t agree with the decision and why – within 30 days of the date it is issued.

Similarly, if you receive a tax penalty notice, it must be appealed within 30 days of the date it is issued if you don’t agree with it.

What is a ‘decision’ by HMRC?

There is no definition of ‘decision’ in tax law, so its meaning is not entirely clear. What should be clear is that if you receive a letter with a decision, that letter should give you information on what to do if you do not agree with HMRC’s decision: in other words, how to appeal against it.

According to HMRC’s guidance on GOV.UK, these decisions might be about your tax bill or a claim for tax relief you have made. Alternatively, maybe you had refused to give HMRC information they had asked for and they have issued you with a formal notice to send the information. The information requested by HMRC could be in connection with personal information (if relevant to the completion of a tax document such as a Self Assessment tax return) or in relation to your business records.

A decision may also be in relation to a penalty (for example if you paid your tax late or filed your tax return late).

What are the extended time limits for appeals?

For any decisions made or penalty assessments raised from 1 February 2020, for a temporary period as yet unspecified, HMRC are allowing an extra 3 months in which to challenge that decision or appeal the penalty assessment.

This 3 month extension should give everyone who has been affected by the coronavirus the opportunity to ensure their tax affairs have been dealt with properly and to appeal against assessments and decisions they do not agree with.

This extension will apply to penalties – for example, for filing tax returns late as well as for making tax payments late.

HMRC’s guidance explains you should say that you have been affected by the coronavirus if you appeal after 30 days but before the extended deadline.

My penalty was raised in early February and even the 3-month extension to the appeal deadline won’t help. What can I do?

If you have received a decision in early February, then the extended deadline will now have passed. But even though you had an extra 3 months in which to make an appeal against any decision made from 1 February, you may still have a good reason why you were unable to make your appeal during the extended time limit.

For example, if HMRC issued you with a penalty for not filing your tax return by 31 January 2020 on 15 February 2020, then – applying the extension for those affected by the coronavirus – you had until 16 June (30 days plus 3 months) to make the appeal. If there was a good reason why you could not make the appeal by 16 June, then you can ask HMRC to accept a late appeal.

If HMRC refuse to consider the late appeal, you can apply to the tribunal for permission to have a late appeal heard. You will need to explain your reasons for the delay in making your appeal. HMRC may oppose such an application, but the tribunal will have the final say in whether or not they allow the appeal to go ahead.

You can read more about reasonable excuse and penalties more generally in our Tax basics section.

Penalties for paying tax late – what if I am struggling to pay?

You can appeal against penalties for late payment if you had a reasonable excuse for not paying on time and then made payment as quickly as possible. In the case of a late payment penalty it is generally not considered to be a reasonable excuse that you did not have the funds to pay the tax. Also, you will not be able to have any interest charges set aside as they are considered to place both you and HMRC in the same commercial position you would have been in had the tax been paid on time. While the penalty is under appeal it does not have to be paid but interest will be charged on any penalty found to be due.

If you are experiencing difficulty with paying your tax, you should not ignore it. Instead, contact HMRC and explain your situation – ideally before the tax is due. You can read more about dealing with any outstanding tax bills in our Tax basics section. We have also provided information about special measures in place as a result of the coronavirus, including support available if you are having difficulty paying your tax.