This article highlights some important Coronavirus Job Retention Scheme (CJRS) calculation considerations that will arise over the coming months, which are particularly important for employers with variably paid employees. 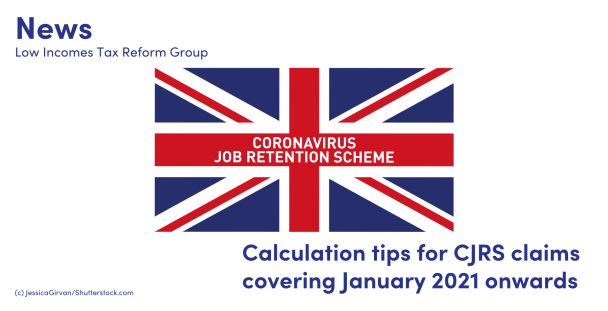 Under the Job Retention Scheme, an employer can claim a grant so that a ‘furloughed’ worker can receive up to 80% of their usual wages, via their employer’s payroll, up to a total of £2,500 each month.

As a reminder, under the current version of the Job Retention Scheme (in place from 1 November 2020), for employees whose pay varies and who were previously furloughed or eligible to be furloughed under the original scheme (running from March 2020 to 31 October 2020), employers should calculate their ‘usual wages’ based on the higher of:

The following calculation issues are important for employers to note for January, February, March and April 2021 claims.

HMRC’s JRS calculator on GOV.UK contained a software error, which has now been corrected.

If you used the calculator before 21 January 2021 to work out January 2021 claims for employees that are variably paid, you’ll need to re-calculate their claims if:

If you used an employee’s January 2020 pay as reference pay, you do not need to take any action, as this is correct.

If, after you have made your re-calculation, you find out your claim was incorrect and:

The eagle eyed may have spotted that February 2020 was a leap year and so contained 29 days.

This could, potentially, have meant more complexity for employers undertaking calculations for claims relating to February 2021, as when trying to establish what wages were earned in the corresponding period last year, some may have wondered whether they should pro-rate the amount from February 2021 by 28/29.

HMRC has confirmed that claims relating to February 2021 for employees can be based on either the full amount earned in February 2020, or 28/29ths of that amount to account for the leap year. The message from HMRC is either method is fine, and they will not challenge either approach.

The JRS has been in place since March 2020. By its current end date of 30 April 2021, the JRS will have therefore run for more than a year.

Without this change, the relevant reference periods employers use to calculate the JRS grant will overlap with periods during which the JRS has been running. This could result in employers basing furlough pay for March and April 2021 on periods during which the employee was on furlough and may have had only 80% pay (meaning their furlough pay for these months could be 80% of 80% of wages, and this would not be the intention).

This is confirmed in GOV.UK guidance on calculating how much you can claim:

Coronavirus: What was the Job Retention Scheme?