On 30 June 2021, the Upper Tribunal decided that HMRC were wrong to use ‘discovery assessments’ to backdate collection of the high income child benefit charge. This article explains what this means for those affected. 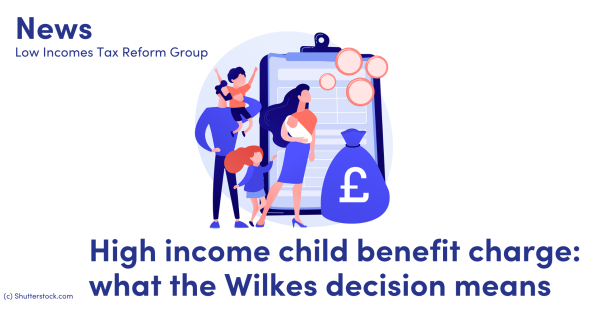 The taxpayer, Mr Wilkes, argued that HMRC could not use a discovery assessment to make backdated assessments to the high income child benefit charge (HICBC). The First-Tier Tribunal agreed with Mr Wilkes. We published an article about the First-tier Tribunal decision in this case last year

A discovery assessment is a mechanism used by HMRC to collect tax. However, for the type of discovery assessment used by HMRC in this case to be valid, HMRC would have needed to discover income which ‘ought to have been assessed to income tax…[which had] not been assessed’. The First-tier Tribunal agreed that HMRC had not discovered any such income, because the HICBC is not ‘income’.

HMRC appealed to a higher court, the Upper Tribunal, against that decision but they lost the case.

What does this mean?

Why did HMRC use a discovery assessment?

HMRC must ‘assess’, or the taxpayer must ‘self assess’, a tax liability for it to be legally enforceable.

A discovery assessment is commonly used by HMRC to collect tax on untaxed income. But HMRC have other ways of collecting tax which is owed. For example, HMRC can issue a notice to file a Self Assessment tax return, in response to which the taxpayer is legally required to make their own Self Assessment. However, this involves time and cost for both HMRC and the taxpayer.

There are different time limits which apply to each of these mechanisms. For a discovery assessment, if a taxpayer has failed to notify HMRC of their liability to tax, HMRC can assess going back 20 years (though for tax years prior to 2009/10, there must be negligent conduct). The discovery assessment is therefore a powerful tool which can used for all the tax years which the HICBC has been in existence (from 2012/13 onwards).

For Self Assessments, HMRC must issue the taxpayer with a notice to file within four years after the end of the relevant tax year.

Simple Assessments cannot be used for tax years prior to 2016/17, since it was only introduced from that tax year. HMRC have also stated that as a matter of policy they currently only use Simple Assessments for certain groups of taxpayers.

Therefore, for tax years 2015/16 and earlier, HMRC’s only mechanism to assess the tax from the HICBC would have been via a discovery assessment.

What if HMRC has already issued me with a discovery assessment for the HICBC?

Our understanding is that, as a public law principle, acts by public bodies (such as HMRC) are deemed to be valid unless they are found to be invalid. The decision in Wilkes only applies to the discovery assessments in Wilkes. Previous discovery assessments made by HMRC therefore continue to be valid unless they are appealed and found to be invalid by a court.

You should note that there are time limits to make an appeal. Normally, a taxpayer only has 30 days from the date of a ‘decision’ (in this case, this means the discovery assessment) to appeal. But note that HMRC are allowing an additional three months for appeals due to the coronavirus pandemic.

It is not clear whether late appeals will be accepted by HMRC or the tribunal in this case. If you decide to make an appeal but you delay doing so, and so either become late (or later), then you might jeopardise your chances of the late appeal being accepted. On the other hand, you may prefer to wait to see whether HMRC will appeal the Upper Tribunal decision or take action themselves to identify those affected and issue refunds. You may wish to seek independent advice on what to do.

If you decide to appeal, then you should bear in mind that depending on the circumstances HMRC have other mechanisms to collect the tax (if you have not already paid it), in most cases for at least back to 2016/17.

We publish general information about the HICBC here.